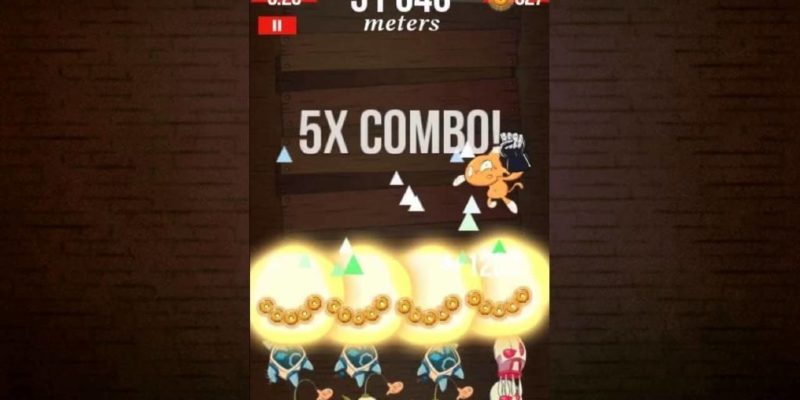 Artbit Studios has released ZEZ 2.0 on the App Store. The update builds on the success of the launch version, adding new content and many new features. Also, after realizing the game content is much better suited for the premium model, this new version was significantly reworked to fit the premium model game instead of the previous freemium.

Game Premise: Smash, Rise, Crash. Every 60 second round starts with Zez punching a smug boxing robot in the head with his rocket fist. As you’re propelled into the air, you must match and explode the colored robots to fly higher and higher. Match 3 to get an explosive boost. Match 4 and fill your combo bar to activate frenzy mode and enter a world of color, flashing lights and fuel powered feline rage. Once the time is up, come crashing down at supersonic speeds and deliver some well deserved robot payback.

Pedro and José (Zez) have been working on this game for close to 2 years now. Version 1 of the game was well received, but is was still far from the experience they wanted to create. For version 2, released on 21 May 2014, they completely reworked the gameplay to better reward skilled players and introduced new features to give the game a true sense of progression. The result is a simpler yet much more addictive game, with more randomness, more reward and, above all, more fun.

Also, they realised the game style was much better suited for a premium model rather than freemium. So the price was bumped to 2.99$, the coin packs removed and item prices adjusted accordingly.

“ZEZ has been given the utmost attention and dedication in it’s creation.” – 148Apps.com

“The most frantic minute of matching I’ve played in ages.” – Kotaku.com

“I had a fever dream once with the same premise, but it wasn’t nearly as much fun.” – CultOfMac.com

ZEZ 2.0 on sale for 2.99$ and available worldwide exclusively through the App Store in the Games category.