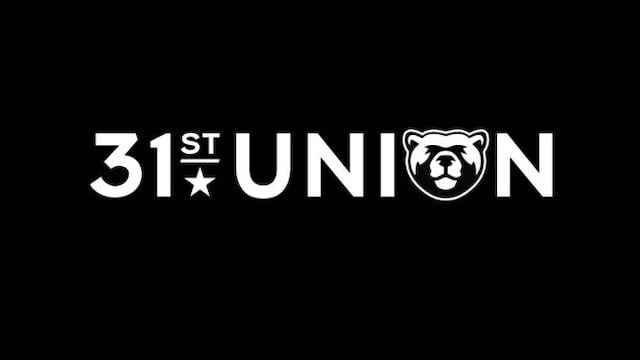 Last year, Sledgehammer Games co-founder Michael Condrey left to work on a new venture alongside 2K Games. Today, we finally have a good idea of what that new venture is, though what it’s working on is still a mystery. The publisher has revealed that Condrey’s studio has a new name. It now goes under the moniker 31st Union, with its official logo featured above.

With the opening of the new studio, 2K also vows to open up new ones internationally, starting with one in Spain. As for the 31st Union, Condrey acts as president, and he’ll work alongside a team of talented developers and artists.

But why call it 31st Union?

Condrey provided an explanation following the announcement of the studio. He said that “our name and studio represent the spirit of California in its rich diversity of thought, art, music, innovation and cultural representation that have defined the current golden age of entertainment and technology here in Silicon Valley.” California was the 31st state to join the union of the USA, so the name is basically a reference to the place that the studio calls home.

As far as what the team is working on, Condrey didn’t get too specific. However, they have “an ambitious and inspired new IP” in their sights. Tyler Michaud, who serves as head of strategy for 31st Union, explained that “passion” will help drive this mysterious project.

Now it’s just a matter of waiting and seeing what 31st Union is working on. E3 2020 is just around the corner, and 2K does have several games in development. These include a new Bioshock project that just began development, as well as the newest title from Mafia III devs Hangar 13. It’ll be interesting to see what all it has on deck for 2020.

In any event, congrats to Condrey and the rest of the 31st Union. Hopefully, it’ll have the same — or greater — success as his previous Sledgehammer studio. Check out its alternately colored logo below, and if you’re interested, make sure to visit their official website.