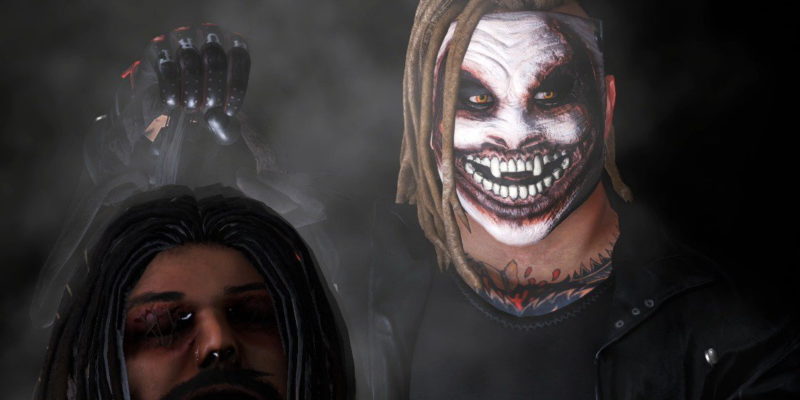 I was just randomly scrolling through Facebook when I saw a report regarding 2K’s social media accounts. As I continued reading, it came to be known that more than one account regarding 2K and its properties had been hacked. There were screenshots from the various profiles, along with my own curiosity, pushing me to explore the 2K Facebook page and Twitter to see what was happening. Also, it’s still going on as we speak.

The first reports came in regarding the Facebook account for 2K being hacked. Posts were made there and on other social media platforms run by the company. They were mostly childish humor and honestly, laughable. However, some potentially racist content has also been published on the platforms, putting an end to the act (at least for me). 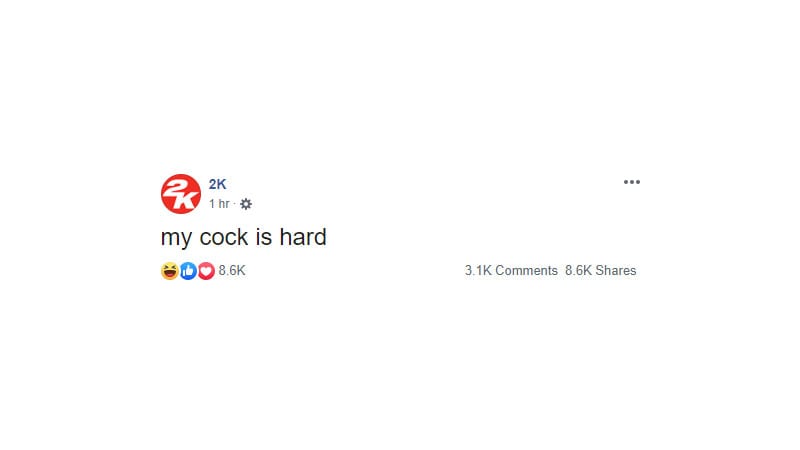 At another point, the WWE 2K page looks like it was also hit. The cover photo was changed to the late wrestler, Chris Benoit. Benoit previously made news headlines due to a murder-suicide,  killing his wife, son, and himself.

I’m honestly pretty surprised that a company such as 2K wouldn’t have better protection over their accounts. In my previous work history, I had worked at an advertising agency that offered social media management to its clients. Even for the software that we used as well as linked accounts all had security features for instances like this. I’m only guessing that a team outside the company manages its accounts. If this is from inside, that’s probably a little worse. If you have a multi-million dollar corporation like 2K, why wouldn’t their accounts have more protection in place?

We are aware that social media accounts across the 2K label have been compromised and offensive material is being posted that does not reflect the values of 2K or our partners. We are actively working to fix this as soon as possible.

At this point, “aqua” is still shit-posting to the 2K social media pages. It’s surprising that they were hacked in the first place, but secondly, the fact that it looks like this mysterious person was removed and then found their place back on the 2K social media platforms again.

Ah, the pain rolls on.

Xbox Game Pass Ultimate – $1 for three months promo is back

By Stefan Bahruth7 hours ago
News

WWE 2K20 Guides and Features Hub: Everything you need to know