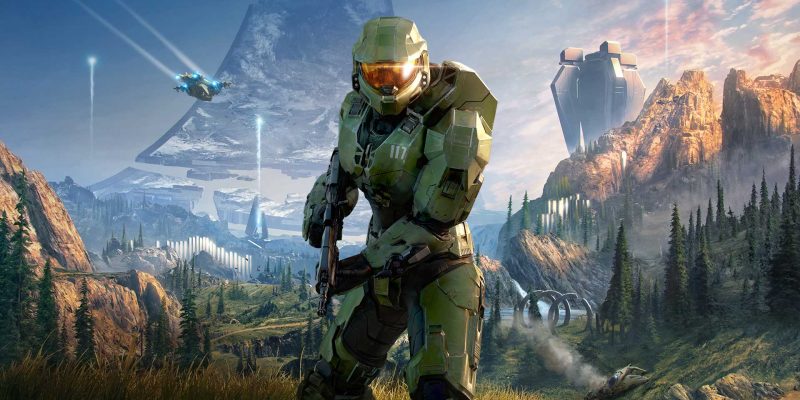 Bonnie Ross, the founder and head of Halo Infinite developer 343 Industries, has announced she is leaving the studio. The announcement of her departure was shared in a message via Twitter. Ross wrote she had planned to stay until the launch of the Winter Update, but is leaving earlier to attend to “a family medical issue.” The news comes paired with an announcement by Microsoft that the leadership team of 343 is being restructured.

“While I had hoped to stay with Halo until we released the Winter Update, I am letting you know I will be leaving 343 and attending to a family medical issue,” Ross writes in her departure message. “I am incredibly proud of the work every at 343 Industries has done with Halo Infinite, the Master Chief Collection, the Halo television series and so much more. It has been an honor to serve alongside the team for the last 15 years and to be a part of the universe that I love.”

According to WindowsCentral, Microsoft is restructuring 343 Industries’ leadership team following Ross’ departure. Her role as the head of the studio will go to 343 veteran Pierre Hintze. Bryan Koski and Elizabeth Van Wyck will join the leadership team as GM of Franchise and business operations respectively.

Ross helped found 343 Industries in 2007, the same year Halo creator Bungie announced it was breaking off of Microsoft. Bungie had one game left in its hopper: Halo Reach in 2010. With creative control of Halo, the team soon after released new games and sequels. Things haven’t always been a smooth ride. Halo 4 was praised for its story but criticized for its multiplayer. It was the complete opposite with Halo 5: Guardians. Halo: The Master Chief Collection was a mess at launch but has since been fixed, becoming a much-beloved compilation.

However, it’s with the company’s current game, Halo Infinite, where fan concerns have been the loudest. After nearly a year of waiting for positive changes, 343 announced to fans that local co-op was canceled. Forge mode, online co-op, and Season 3 were also delayed. It has certainly been a rough ride; the new leadership team has a lot on its plate. But there’s certainly a chance when looking at how successful The Master Chief Collection eventually became.

Fellow 343 Industries members commented on Ross’ departure. Joseph Staten, who is staying on as Halo‘s creative director, wrote he’s “forever grateful” to Ross for bringing him back to the series he helped create with Bungie. Brian Jarrard, Halo community director, thanked Ross for “driving a new era of Halo, for giving me an opportunity to return to this franchise, and for your unwavering commitment to our team and community.”

Bonnie, I am forever grateful to you for you inviting me back to @Halo. You will always be a part of this hopeful and heroic universe we love. Once a Spartan, always a Spartan! I wish you and your family all the best. https://t.co/T337BsMtwx

By Daniel Pinheiro1 day ago
Industry

By Cameron Woolsey4 days ago
Industry