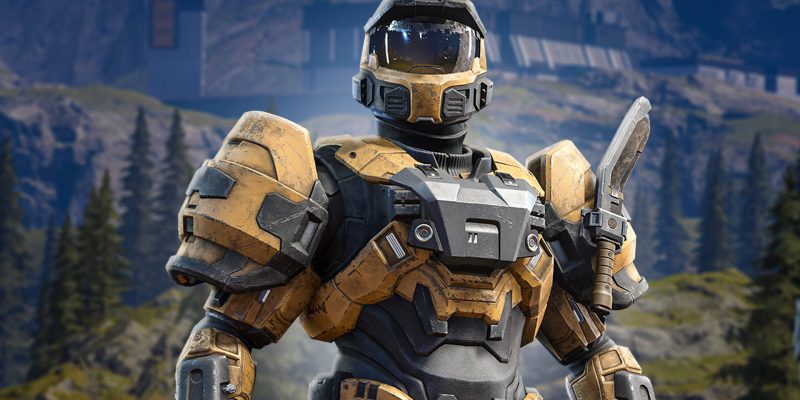 Halo Infinite fans are likely used to waiting for content at this point. However, that doesn’t mean the news of delays won’t sting any less. Earlier today, developer 343 Industries outlined its plans for the tent-pole first-person shooter, offering up a new roadmap. And there’s some good mixed with the not so good. Halo Infinite is getting a major update this November, with a Forge beta and online co-op. However, local — or couch — co-op has been canceled, and Halo Infinite Season 3 is delayed until March 2023.

It’s good to have a more solid date for Halo Infinite co-op, but the promised local variant has been cut regardless. In a dev update video, Halo boss Joseph Staten explains that cancelling split-screen co-op was a difficult decision to make. However, doing so would allow the studio to “take the resources we would use on that and go after” other concerns and future content.

Said content is the major update heading to Halo Infinite on November 8. The game will receive a Forge beta, along with two new Forge-created maps — Detachment and Argyle. Online co-op will also at last be ready on this date, after having been pushed pretty deep into the year already. Alongside this is a new roadmap, which details a free 30-tier Battle Pass, a Covert One Flag game mode, and two new events: Winter Contingency II in December, and Joint Fire in January. 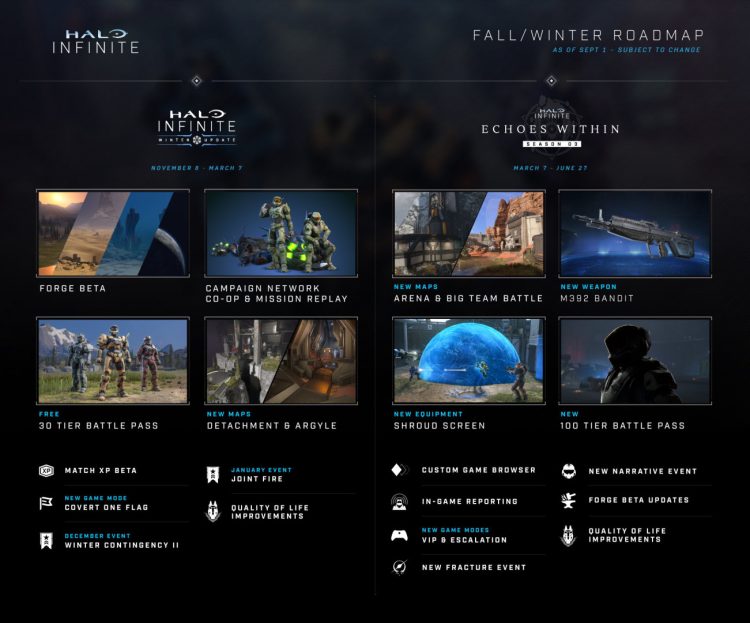 Halo Infinite Season 3 and a new weapon arrives in 2023

As you can see in the above image, there are some big things heading to the game next year. Two more maps are on the way, as well as a Shroud Screen equipment that looks like a big, blue bubble. Old school Halo fans may be intrigued by the new weapon, the Bandit, which looks to add a DMR back into Halo Infinite.

But the major piece of news here is that Halo Infinite Season 3 has been delayed until March 7, 2023. It was originally planned to begin on November 8. Instead, we’ll get a big content update. Season 2 looks like it’ll end up being 10-months long, as it began in May this year.

It’s been a rough year for the game. Halo Infinite launched to praise, but fans have criticized it for its slow updates and lackluster content since. Forge mode may just save the game, but the cancellation of couch co-op is still rough for Halo Infinite plans with LAN party dreams. Regardless, 343 marches on. We’ll have yet to see if the new updates bear fruit, but that may also depend on the remaining patience of the game’s fans.

Gerda: A Flame in Winter review — Dance of death