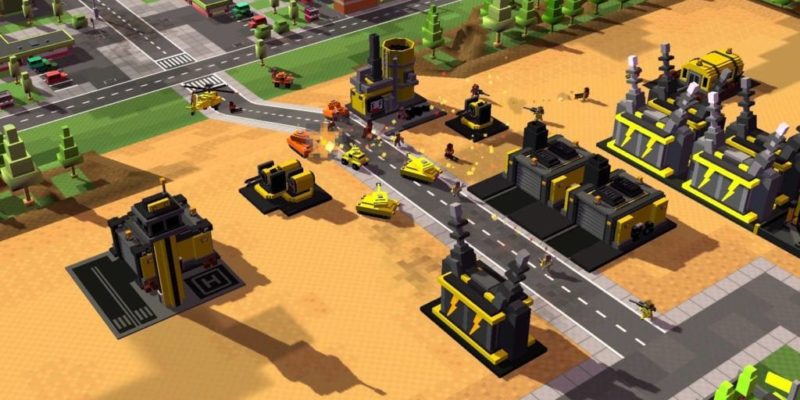 On Friday 22 April, 8-Bit Armies from Petroglyph launches on Steam so we grabbed them earlier today to ask them a few quick questions about this retro-style RTS.  Answering our queries were Joe Bostic (Director of Design) and Ted Morris (Producer).

PC Invasion: What prompted you to create 8-Bit Armies?

Petroglyph: We had two primary goals in creating 8-Bit Armies.  First, we wanted to create a simple and fast-paced RTS game that harkened back to the roots of the genre that started it all.  The trend has been leaning toward slower movement speeds and a build-up to action; we felt that was going in the wrong direction in relation to other games people are choosing to play.  Second, we wanted to make a game that was more accessible to new players than previous RTS titles.  We’re disproving the theory that to be ‘evolved’ you also have to be more complicated.

The game is very similar to the original Red Alert. Did you use that as the base for this release?

Petroglyph: Indirectly, yes. Many of the staff of Petroglyph worked on the original C&C and Red Alert games.  One of the most notable similarities players will see is the return back to a vertical sidebar, instead of across the bottom.  We’re getting a lot of positive feedback about this change.

What was the thinking behind creating the retro look and feel?

Petroglyph: We wanted a friendly and colorful art style that reflected the lighter and more approachable game design. We also wanted an art style that would be less intimidating to the RTS-curious type player.  However, internally we just really loved the look and thought the players would dig it too.

You opted for a C&C style UI with single unit building. How much experimentation with the UI was there and what made you stick with the more traditional look and functionality.

Petroglyph: It was a natural choice to go back to the original C&C and Red Alert UI structure. With the wide-screen aspect ratio, that is so common in today’s monitors, it seemed perfect from a usability perspective too.

Did you at any point think about making this release free to play like Battle Battalions which received a very mixed response?

Petroglyph: Nope. The game is about light and fast RTS combat. Free to Play games tend to gravitate toward grinding and nickel and diming the players. 8-Bit Armies isn’t that kind of game.  We wanted players to know that for one price, up front, they would get lots of single player and co-op missions without being asked to pay for more half-way through the experience. 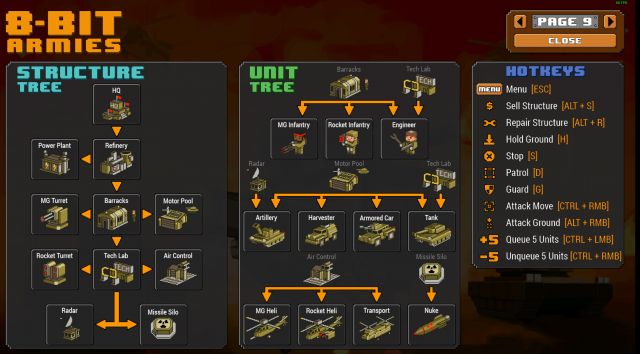 Petroglyph has had a few stabs at RTS games in the past couple of years with Grey Goo being the most successful. What makes 8-Bit Armies different from released such as the cancelled Victory and Battle Battalions.A

Petroglyph: 8-Bit Armies is about bringing back the retro-feel of the original RTS games. It contains a minimal set of classic elements of RTS and is also targeted to the quick-play and fast-strategy player. This combination makes 8-Bit Armies different from our previous releases.  As mentioned earlier, we’re also trying to bring this genre to a whole group of new players that may have felt intimidated with more expensive and hard-core focused alternatives.

Will you be releasing a map editor or any modding tools? The Steam Workshop would be great for map sharing.

Petroglyph: Yes, it is one of the things at the top of our list.  We recognize how important sharing UGC is to the longevity and strength of the game and it’s community.  Any further additions to the game will depend on user demand and the success of the game, which we hope and expect to be very positive given the level of interest we’ve seen so far. 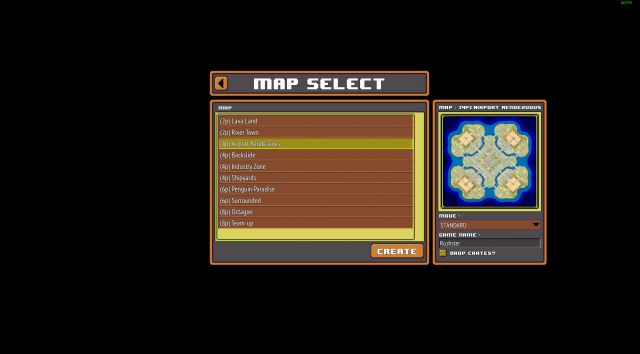 Frank Klepacki is back with another great soundtrack. How important to you to have Frank back in action for 8-Bit armies?

Petroglyph: It just wouldn’t sound like retro RTS without the musical talent of Frank Klepacki!   He was as excited as the rest of us to dig into a new challenge.  We originally hadn’t planned for a soundtrack, but after hearing what he had composed, we went full blast and expanded the song list so we could release it as a separate album.  He really nailed the retro feel we were going for with the game.

Do you think the MOBA genre has pulled fans away from the traditional RTS and is this that something Petroglyph struggles with?

Petroglyph: Many things have pulled the traditional RTS player away and toward faster-paced and lighter gaming experience. 8-Bit Armies recognizes this and is geared to appeal to players that like (or are curious about) RTS but want the speed of modern games.

If 8-Bit Armies sells well, have you got any future plans for the game?

Petroglyph: The first enhancements to 8-Bit Armies will come as mod-tools and additional factions.