The football management genre is a tricky one to get in to, but 90 Minute Fever is going to give the ‘online MMO’ variety a go.

With Football Manager pretty much locking down the single player market, and various ‘fantasy football’ games dealing with casual online play, 90 Minute Fever is aiming for those who want “the most advanced and in-depth online football management game ever”.

Since it’s online, that means live matches against real human beings. A “range” of football associations, with an “array” of leagues and tournaments are promised, though details are a little scarce at this point. Licensing is always a big hurdle for football titles, so it remains to be seen whether 90 Minute Fever is going to be using any ‘real’ player and league data.

Mention of a “Club Creation Kit” that involves customising names, colours and emblems makes me think much of the naming will be down to players (which could be great, hilarious or disastrous depending on who you ask).

“We wanted to create a game that players can really get absorbed in, rather than logging in for a few minutes a day to perform a few routine chores,” says Nick Kakoschke, founder of developers Isokron.

There’ll be a “detailed tactics interface” (no shots of that yet though, sadly) and ways to tweak tactics on the fly, as well as long-term development plans for your club.

90 Minute Fever has a public beta planned early next year, and plans to launch on PC in 2016. Here’s a teaser-ish trailer, plus a few images. 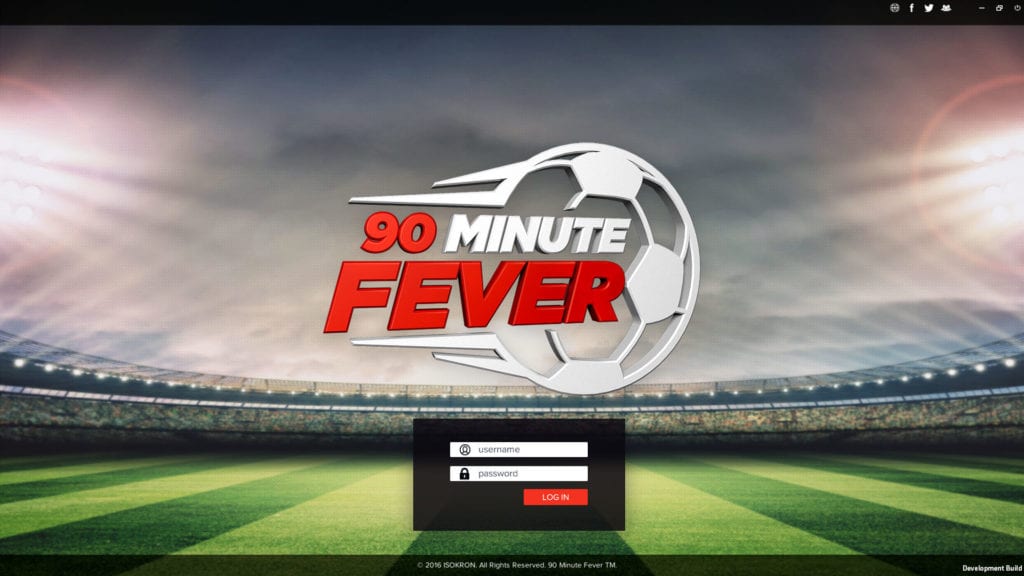