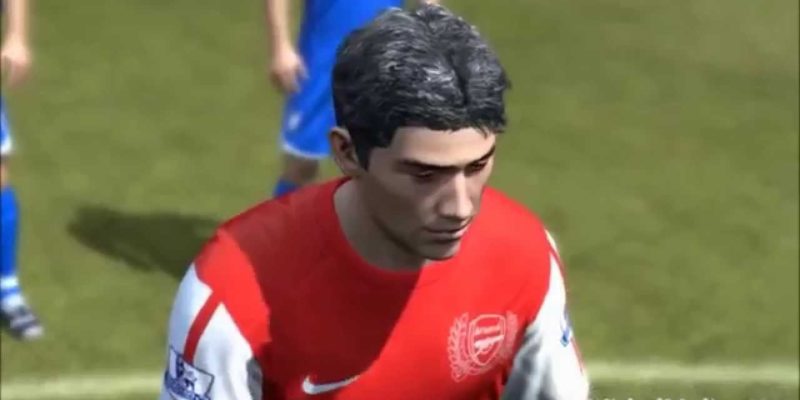 Those football games are all about physics, eh? I mean, the ball physics go without saying, but if you don’t have realistic physics for the players and their clothes, then… um. Er.

So yes, it’s definitely a good thing that Konami has licensed the Havok middleware to handle player animation and clothing for their upcoming kick-’em-up Pro Evolution Soccer 2014, because otherwise the clothes wouldn’t look quite right. And you can’t have weird-looking clothes! This is THE FOOTBALL, not a Parisian fashion show!

Specifically, Konami will be employing Havok Physics, Havok Animation Studio, and Havok Cloth to ensure that players don’t wind up with football shirts made of cardboard, and that they don’t bounce into the sky, their legs wrapped around their heads and their arms waving in impossible positions, when they fall over. Although I’d quite like to see HP Lovecraft’s Football, now I think about it. Someone make that, please.

In fairness, it does sound like there’s some serious simulation gubbins going on with the Havok physics. Player movements are “naturally represented according to the individual players’ mass and physics, and each uniform reacts realistically according to the players’ moves and speed,” according to the press release. Presumably, this is in an attempt to avoid videos like this, as taken from what we’ll politely call FIFA 12‘s “interesting interpretation” of physical laws.

If you’ve played Skyrim, Assassin’s Creed 3, Black Ops 2, or any of about 32,000,000 other games then you’ll have seen some sort of Havok physics in action. It’s pretty widely used.

Pro Evolution Soccer 2014 is due out at some point in the future, because that’s how games that aren’t out yet work.

The Raven: Legacy of a Master Thief – Chapter 1: The Eye of the Sphinx Review

No clowning: The Bureau: XCOM Declassified’s Orbit the Clown trailer