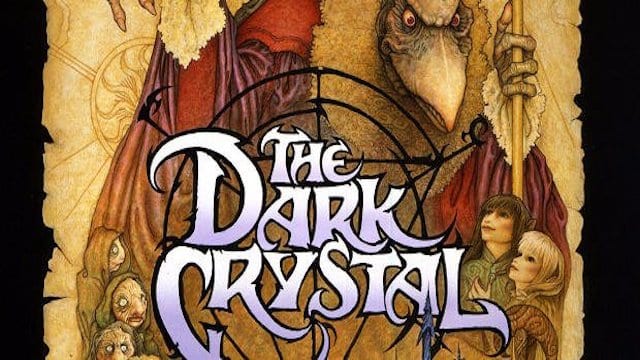 Bonus XP’s The Dark Crystal: Age of Resistance Tactics has now released. Based on the hit Netflix show of the same name, the game brings the luxurious and atmospheric style of the series to life in a smart, enjoyable, tactical setting.

And it’s a far cry from how games based on products used to be. Back in the 1980s, video games based on films mostly existed to boost the license in question, rather than serve as their own entity. Even so, some still stood out — like the classic The Dark Crystal game that came out alongside Jim Henson’s original film in 1982.

Back to the old-school

Sierra Online produced that original Dark Crystal for a number of PC platforms. These include the Apple II series computers, along with DOS 3.3. (Hey, who remembers DOS?) It later came out for a number of Atari models as well, including the 400, the 800, and the 800 XL.

It’s a classic bitmap graphics-based, text-based game (with images), which was a successful genre at the time. While its art style isn’t quite as startling as what Age of Resistance Tactics presents these days, it did make for a complementary venture alongside the film. 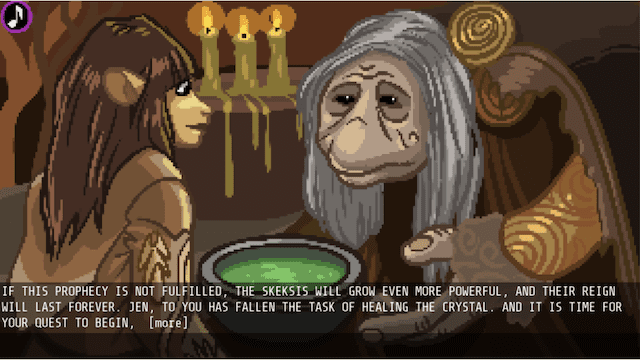 In the game, players take control of Jen, “the good Gelfling,” as he is suddenly met head-on with his destiny to reform the broken Dark Crystal. This includes having to track down the missing shard to make it complete while avoiding the evil Skeksis and their Garthim hench-creatures. The female Gelfling Kira lends a hand, along with her loyal pet, Fizzgig.

Roberta Williams served as the chief designer of the game, lending her expertise from other efforts like Mystery House and Wizard and the Princess. She would later go on to work on the King’s Quest games, as well as Phantasmagoria and Mixed-Up Mother Goose.

It didn’t actually take long for Williams to put together its core design. In fact, the process took just over a month before it was brought to life by Sierra’s programmers and artists.

The start of something big

The game served as the first entry in Sierra’s “Hi-Res Adventure” line. This would eventually lead to the release of several other favorites, including some titles mentioned above. Obviously, The Dark Crystal was most noteworthy for the franchise alone, since the film became a cult classic following its release.

While The Dark Crystal isn’t the most intricate of adventures, a lot of players found it to be quite involving. In fact, back in 1983, Softline wrote a review indicating that “in a way, it’s better than the movie.” It noted that The Dark Crystal‘s “thin story that failed to serve the movie well is comparatively top-drawer material in the game.” In addition, the graphics were considered “delightful” for its time, even without animation or, for that matter, a film soundtrack. (It was merely made up of a single beep to indicate when choices were made in-game.)

Still, it may have proven to be a bit much for players. That’s why, in 1984, Sierra did an alternate version called Gelfling Adventure. It was written by Al Lowe, who had worked on the Leisure Suit Larry games, with an intended audience of younger players. The game’s visual style remained about the same, along with its storyline. However, its puzzles were easier to solve, and its options made things a little bit easier. 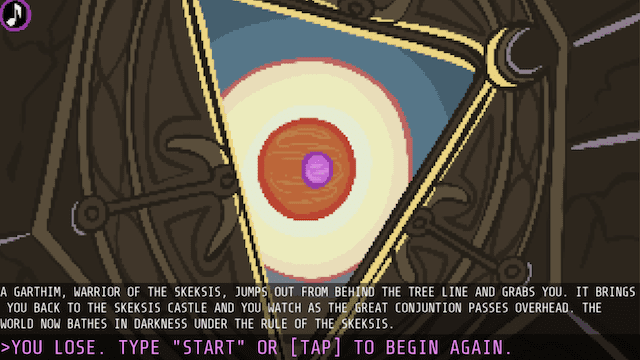 It’s ironic how The Dark Crystal created a legacy for itself in gaming, at a time when other movie tie-ins were, again, merely slapped-together efforts based on movie elements. And what’s more, there’s actually a way for players to enjoy it today.

Here’s how you can enjoy it today

The game has been successfully archived through the official Dark Crystal website, where you can play it now. This is for the original version, however, and not the abridged 1984 follow-up. But fans should experience it that way, if only to recognize Williams’ work on the title. It also provides its own take on the familiar story that Henson originally brought to life.

In addition, those who really want a blast from the past can also view the game’s original manual in its entirety. It includes an introduction along with pictures from the film, hints on how to master its gameplay, and more. It also explains how you should map your progress over the course of the game. This is convenient in case you have to do any backtracking.

While The Dark Crystal: Age of Resistance Tactics is obviously the more complex and grown-up game, the original 1982 title certainly has its merit. It shows a simpler time of game design, when storytelling took as much precedence as gameplay. For that matter, its simple art style is worth appreciating, especially by die-hard fans of the film and series. And it’s a fun way to blow through a Friday evening, even though Tactics awaits in your library.

If you want to see the game in action before you try it out, check out the video below. If you’re ready, head over to this link and prepare yourself for a trip back to simpler gaming times.

The Dark Crystal: Age of Resistance Tactics is available now on Steam.

Here’s how Fortnite and PUBG have changed over the years