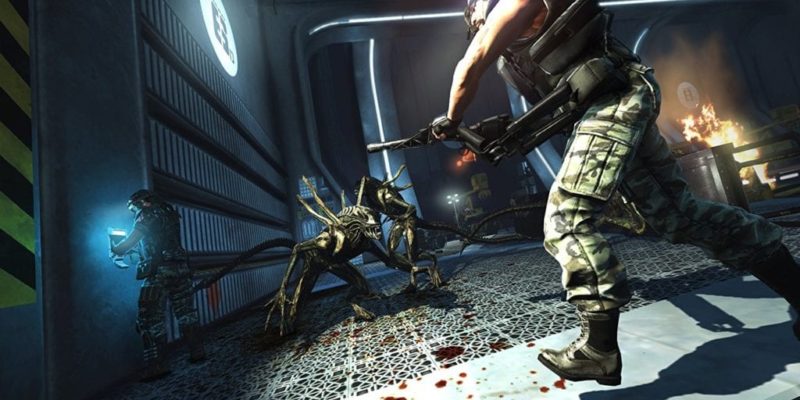 When it released in 2013, Aliens: Colonial Marines was the video game version of snake oil. Hard-to-ignore faults plagued the version that wound up on store shelves. It looked awful, played poorly, and worst of all reduced Aliens‘ signature Xenomorph to an ineffective shell of an enemy.

Five years later, Colonial Marines‘ AI is finally capable of putting up a fight. All it took was fixing a typo.

A ResetEra poster called JigglesBunny posted a thread on Friday titled “Aliens: Colonial Marines AI fixed by a single letter.” In the accompanying post, JigglesBunny details how they were able to reinvigorate the Xenomorph’s AI by tweaking the spelling of a configuration setting in one of the game’s .ini files.

Fixing the typo (see below) completely overhauls how the Xenomorphs approach combat encounters. In short, the aliens were broken because someone forgot how to spell.

If that sounds stupid, that’s because it is.

“Knowing full well how absurd this sounds on the surface, I took it upon myself to reinstall the PC version of the game, look at the .ini file and check myself,” JigglesBunny wrote. “As recommended, I fixed the typo, saved it in Notepad and booted the game up.”

According to JiggledBunny, fixing the typo works wonders. With the .ini tweak, the Xenomorphs actively attempt to attack players and react dynamically instead of charging straight into gunfire.

And with that, a notoriously busted game just got more playable. It turns out Gearbox just needed a copy editor.