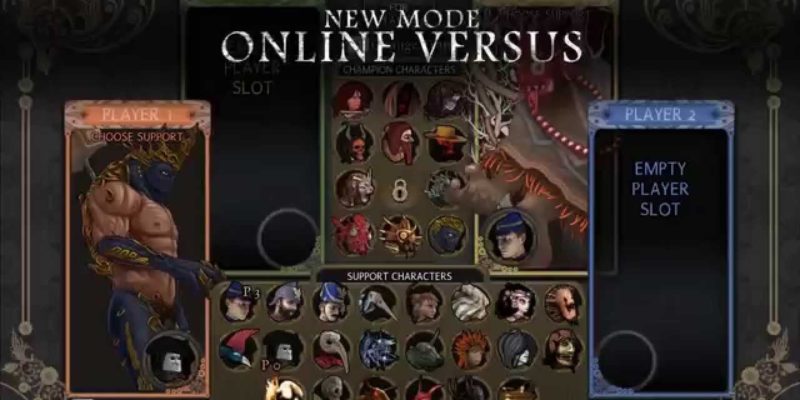 Shirtless with elbow-length gloves is a style only a few can pull off.

ACE Team is continuing to update the PC version of Abyss Odyssey with some exclusive features. For those who own Zeno Clash II or the Abyss Odyssey soundtrack, the Golem character from the Zeno Clash series will now appear in the abyss as a boss. He’s also playable in the multiplayer vs mode and (presumably) if you have a high enough level character to capture and morph into him.

Speaking of the vs mode, two player online vs play is now available in the game as well.

Further additions include the ability to morph into your stored creature during combos, and a white phantom (said to not be playable.) Abyss Odyssey has apparently come over all Halloween-style too, with the developers promising an appropriately themed Warlock and jack-o-lanterns dotted around the abyss for that extra bit of October flavour.

By what I’m sure is total coincidence, the game is half off in the current Steam sale. Zeno Clash II happens to be 80% off as well. For $3.00 USD (around my neck of the woods, anyway) it’s well worth picking up; not just for the ability to play as Golem in Abyss Odyssey, but also for the chance to punch a great many strange creatures and explore fantastical landscapes.

You can see a short trailer of the new additions to the game in action, below.

Assassin’s Creed: Unity trailer chats with actors behind the cast