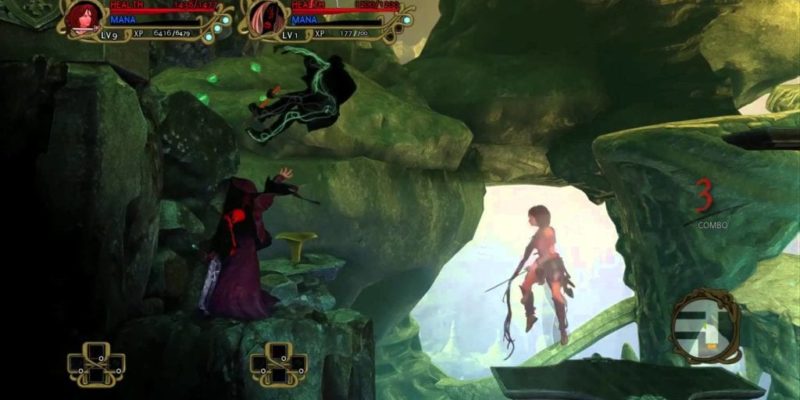 Here’s Katrien, one of the three playable characters. Pictured here not hitting something with her sword.

I’m interested to see how Abyss Odyssey turns out, because ACE Team have yet to make a game that’s anything less than intriguing. They’re the creators of the Zeno Clash series (beating up bird men in first person) and also made the pleasantly strange Rock of Ages.

This time they’re tackling side-scrolling swordplay, with accompanying block and parry system, in procedurally generated underground dungeons. How the heck does that work, you may ask. That’s what this Abyss Odyssey trailer is here for, to explain and demonstrate some of the ideas and systems in the game.

Also to show off some neat swordplay and a bit of voice-acting that I’m happy to say reminds me of the awed bystanders in Dynasty Warriors. I’m all in favour of that.

Combat itself looks a fair bit more involved than that series though, with the aforementioned blocking and parrying actually looking quite important to learn. There’s even a system in place where you can play as versions of the enemy creatures whose “souls” you’ve captured. Doing so gives you their full move-set to use.

So yes, lots of interesting ideas on show. We’ll find out whether Abyss Odyssey can bring it all together (with local and online co-op available as options too) when it’s released on 15 July.