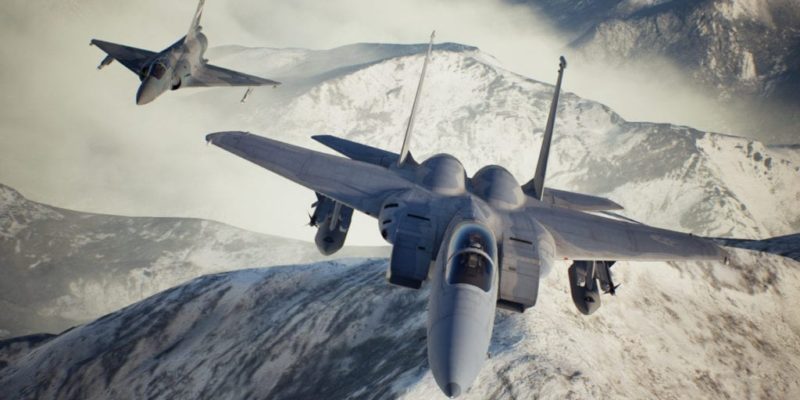 It’s been five long years since we last saw an Ace Combat game streak its way towards the PC. Ace Combat: Assault Horizon didn’t exactly set the PC world on fire. It more or less stalled midway, as evidenced by Tim McDonald’s review where he noted that the game was extremely linear with several scripted moments. The series, which is more of an arcadey shooter than a flight sim, has been a mainstay on consoles (primarily for the Sony ones), and yet here we are with Ace Combat 7: Skies Unknown. Check out the “Open Fire” launch trailer below:

The trailer showcases what you can expect from Ace Combat 7: Skies Unknown. You’ve got blistering and frantic dogfights as your missiles and bullets pepper targets in the air. You’ve also got missions where you need to take out ground-based targets from vehicles to radar installations and defensive fortifications. There’s even a scene where you’re zooming past a crumbling city complete with Hollywood blockbuster-esque collapsing buildings. Oh, and let’s not forget that gigantic, shielded bomber which looks to be a major target in one of your sorties.

Overall, it looks to be an adrenaline rush for those who want to take to the air. It could be something that flight game aficionados would be keen on checking out for PCs. To be fair, there aren’t a lot of these games for the genre that have made their way on our rigs. Outside of a few offerings, and even massive online games like War Thunder and World of Warplanes, there’s only so much you can find in the genre before you suddenly take to space combat where all the sci-fi, high-tech mumbo jumbo resides.

Ace Combat 7: Skies Unknown launches via Steam on February 1. However,  the game will launch for consoles earlier — this Friday, actually. You can expect our review of the PC version around the same time as well. For now, you can check out the game’s Steam store page here.