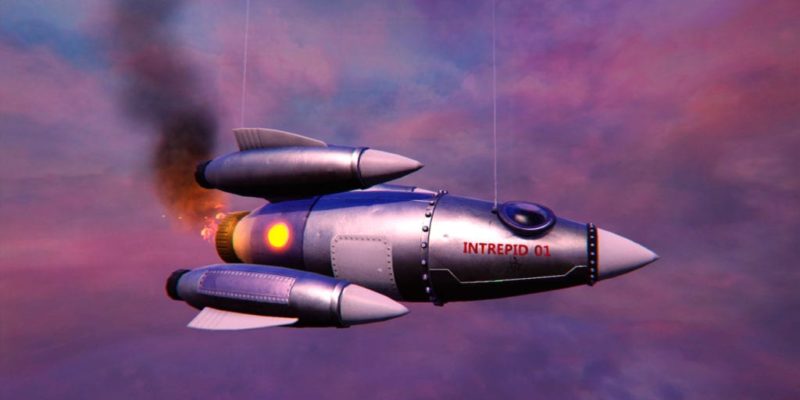 ACE Team, the studio behind Zeno Clash and Abyss Odyssey, are taking a 50s b-movie/Forbidden Planet direction for their next title; The Deadly Tower of Monsters.

As a site called ‘PC Invasion,’ we approve of this creative choice.

In Deadly Tower of Monsters, a trio of adventurers (though as far as I can tell from the announcement, this game is single player only) must battle through a bevvy of b-tier monsters like nuclear ants, displaced dinosaurs, giant apes – and scale the titular tower. Those bold heroes are Dick Starspeed, Scarlet Nova and the enigmatic ‘Robot.’

Judging by the gameplay present in the trailer (below,) this is looking like a top-down twin stick shooter (and melee-er.) Not a million miles away from the old Escape from the Planet of the Robot Monsters on the Amiga … though maybe that’s just because of the aesthetic.

Though your objective seems to be to climb the Deadly Tower of Monsters, it will apparently be possible to fall off it as well. Sometimes you’ll be wanting to do this intentionally, as it’ll be the only way to progress or find secrets.

It also sounds like Dick, Scarlet and Robot will each have their own special abilities, as well as a variety of weaponry to find and deploy against the movie-prop foes. Plus, there’s mention of a faux Director’s Commentary, from the “film’s” original creator.

The Deadly Tower of Monsters will be released this Autumn.

Alone in the Dark: Illumination is released, fairly quietly