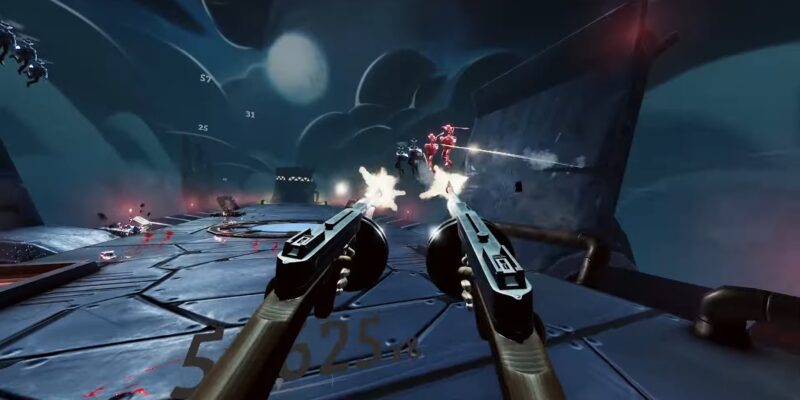 Earlier this year, developer Joy Way released a free demo of its “combat rhythm VR game” Against, on Steam. The concept of having players time knife swings, gunshots, and dodges to the beat of the music had plenty of appeal in the demo, even though the game remained unfinished. Since then though, the developer implemented “significant improvements” to the gameplay and visuals, to the point where they ended up taking down the demo since “it no longer represents the final product.” Thankfully, players will be able to dive deeper into Against soon, as the game will come to Steam Early Access this winter.

According to a press release, this revised version of Against will boast “new mechanics,” “completely new graphics,” and even a comic book-inspired story once it launches. Players can expect “a fully-fledged experience” complete with “7 levels, all available in 3 difficulties, from Easy to Hard.” As players progress through levels, they will encounter multiple enemy types that include nefarious henchmen, “phantasmagoric creatures,” and deadly bosses. Levels equip players with various weapons they can use to challenge opponents, including “throwing blades, brass knuckles and a whip.” For those who wish to flex their creative muscles, Joy Way even plans on putting out a map editor at some point.

The story of Against

The story pits players against “Dr. Vice,” whose “ambitions went beyond the scope of an ordinary scientist and became dangerous.” “Comic book cutscenes full of dimmed colors and frightening shadows” will relay the narrative to players.

Everything about the visuals and gameplay of Against looks incredibly promising, and this should make the upcoming Early Access release an exciting one for players. The developer also announced that it will begin a new wave of closed beta testing, so those who want to sign up for that can do so here.