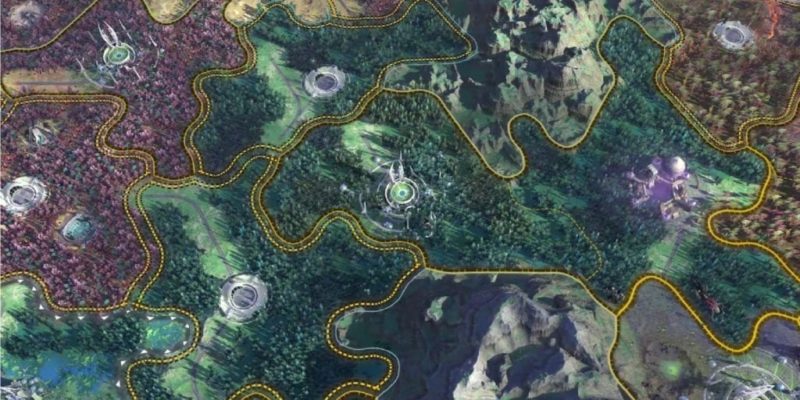 Age of Wonders: Planetfall is a turn-based 4X strategy game from Triumph Studios. The latest in the long-running series, the title provides a more futuristic and sci-fi setting compared to the fantasy-based offerings of yore. In this guide, we’ll take a look at the basics from starting your colony, expansion via annexing new sectors, and various resources.

Note 1: We also have our official review and technical review, which cover some of the features and mechanics in Age of Wonders: Planetfall.

Note 2: For Age of Wonders: Planetfall beginners and returning players to the series, it’s best that you try out the tutorial first. The most beginner-friendly faction, so far, is the Vanguard, as they’re fairly straightforward to play as. We’ll have separate faction guides soon. 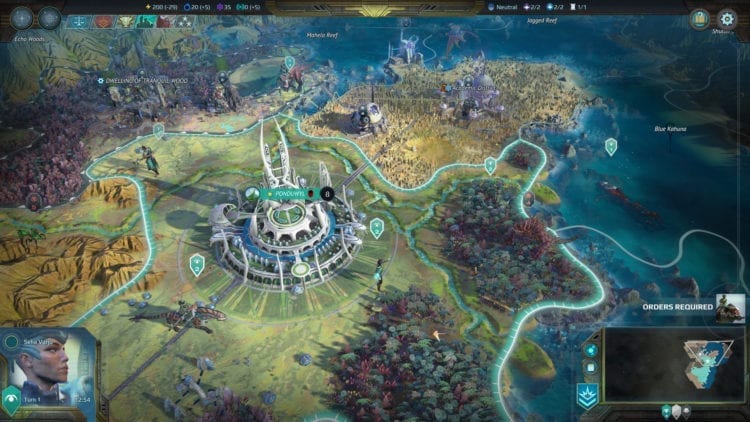 Age of Wonders: Planetfall – Starting out

Your drop ship lands on a strange world, and your first colony magically appears. You’ll have your selected hero, along with any other default units attached to that army. You’ll also notice that your first colony (via the Colony Panel) will be able to annex adjacent sectors. This is completely dependent on your population (pops) for that colonial center.

You’ll be notified when your colony is ready to annex a new sector. To do just that, you just need to move any unit to that sector and select the “Annex” decision. The sector will be yours after a couple of turns, and you can even move your unit after committing to this action. Do note that if this sector is adjacent to multiple colony centers (or annexed sectors), you’ll be asked which colony this would belong to.

Remember that your population grows depending on how much food your colony produces. Likewise, you’ll want to keep your happiness levels satisfactory (by building Recreational Domes), or you might encounter riots.

Note: From time to time, you might encounter new heroes that can be recruited using energy. These heroes will only appear at your capital/first colony and you’ll also be notified if they’re available. If you’re unable to recruit them, they go away after five turns. Likewise, you may request for a different hero and the replacement will pop up after a couple of turns. 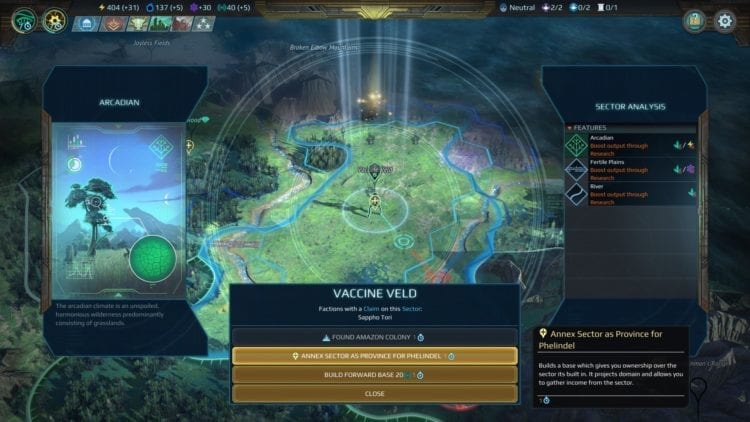 Note that Forward Bases are different. You don’t necessarily own the territory, but you do get a claim on it in case someone else tries to land grab.

Sectors will have a particular biome (habitat/climate) with certain features, such as:

You have a handful of resources to manage in Age of Wonders: Planetfall. Each sector will show the types/amounts of resources it can generate based on icons:

You may also gain resources via random events when you explore certain parts of the map or when you grab pick-ups off certain hexes. Also, when you get certain items to drop (ie. post-battle loot), there’s an option to exchange the item for various resources.

The key idea in Age of Wonders: Planetfall is to pick sectors that are rich in resources to annex as you keep expanding. Remember that all resources from annexed sectors are pooled within their respective colony. If that colony is lost, control of those annexed sectors (and even resources) is also lost.

The various resource icons when you zoom out on the world map.

The 4 X’s — explore, expand, exploit, and exterminate — tend to forget that third one far too often. That’s not the case in Age of Wonders: Planetfall, because the exploitation of your territories is an absolute must.

Whenever a colony has annexed a new sector, you’ll be asked what type of exploitation to commit to. You’ll find this when you click your colony center and go to the sector production panel. This will allow you to pick from various resources to focus on, conferring applicable bonuses. Later, these will also level up, conferring even bigger bonuses.

You can tailor-fit these “districts” (colony with annexed sectors) to boost the perks you gain from the resources that are exploited. So, if one of my districts is at the frontiers and I need to churn out units quickly, then the energy exploitation helps a lot. That lets me gain discounts when speeding up the process. 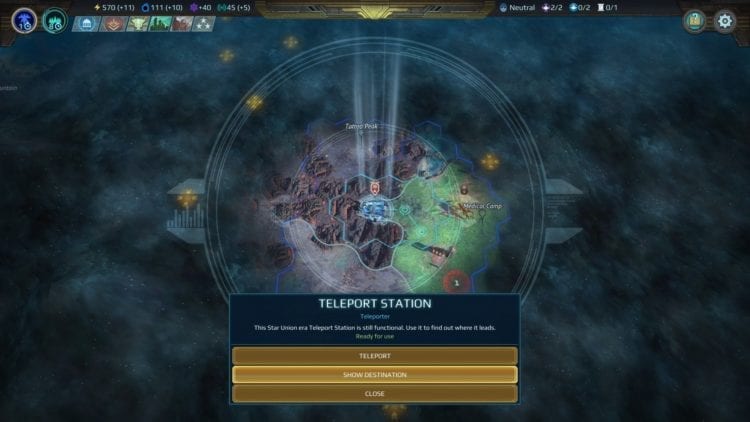 Teleporters can be a feature in certain sectors, and they allow you to reach distant areas on the world map.

Of course, let’s not forget that even if these are the basics, you still need to look at your colonies themselves. As mentioned, keeping happiness levels satisfactory is a must. Otherwise, you’ll have riots. You can construct buildings that’ll help with this and even assign citizens to a certain resource type that they should focus on (generate) as you progress.

The buildings that are available, naturally, will come from the tech advancements you’ve obtained. Just remember that each colony center can only have one thing in the production queue, whether it’s a building or a unit.

That does it for our basics, colonies, and resources guide. Be sure to check out our Age of Wonders: Planetfall guides and features hub for more information. You can grab the game via its Steam store page.