Every now and again a game comes along that I take one look at and just absolutely need to play. The colorful, retro graphics, the feel of late 80’s, early 90’s Japanese sidescrollers, the interconnected nature of the game world… These all made the game look like a must-play experience. After beating Aggelos, I definitely concur with that initial assumption.

Aggelos tells an extremely familiar, basic RPG story. An evil threatens the land, and it’s up to you to go to four elemental temples in order to collect elements in order to save the day. This game is pretty much exactly what you’d get if you combined Zelda 2, Wonder Boy in Monster World, and Ys III. Honestly, though, it might be better than all three of those.

The graphics are excellent. They’re clearly meant to evoke the look of old Master System games, and they totally nail it. The spritework is excellent, with a lot of character and detail packed into all of them. The environments are similarly detailed and very colorful. You could easily convince someone that this game came straight from the late 80’s, both visually and aurally.

The soundtrack is composed of excellent chiptunes that also sounds straight out of a Master System game. The songs are catchy and appropriate for the different areas as well. Aggelos‘ presentation is, as a whole, mostly flawless. It really is like playing a long-lost classic game. 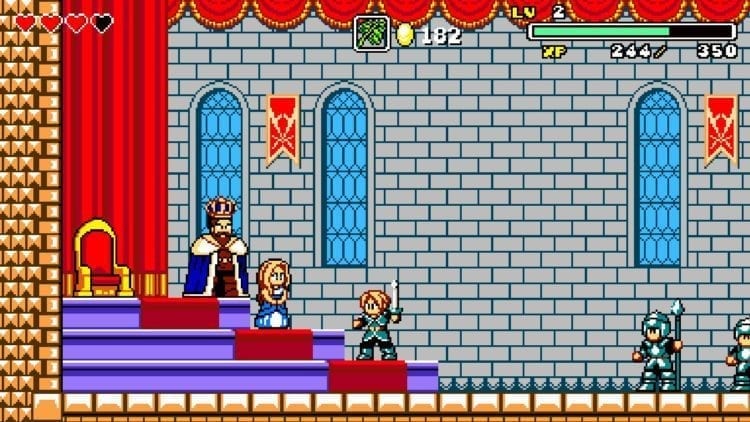 Aggelos Makes Excellent Use of the Zelda Dungeon Structure

The game’s structure will be familiar to anyone who’s ever played an Ys or Zelda game. The world is a big, connected place with areas blocked until you unlock a certain ability. Each of the game’s four dungeons contains a magic power that allows you to bypass certain obstacles. You’ll also find four combat moves that increase your combat effectiveness and movement options. You can use these abilities to hunt down Aggelos‘ many heart and magic powerups, which are fun to search for.

I have to say, the game controls wonderfully, for the most part. The action just feels great and responsive, aside from pulling off a downward strike using an analog stick. For whatever reason, the devs didn’t include the option to move with the digital pad. But this isn’t really an issue, save for a maddeningly frustrating optional challenge that took me around an hour to complete.

Aggelos also has towns with potion, armor, and weapon shops. Every enemy you defeat drops gold that you can use at these stores. There are three types of potions that restore your life, plus an herb that will revive you if you lose all of your life. You can only have one herb and one potion, so you can’t cheese your way through the boss fights by relying on healing items.

Much like the early Ys games, Aggelos‘ weapons and armor are neither too few or too many. This is my absolute favorite way for a game to treat equipment. You get to a new area and buy the new armor and sword that allows you to more comfortably face the area’s dangers. They all have very noticeable increases and change your appearance as well. The swords also have different ranges and abilities. In Zelda fashion, some of the equipment is more useful in certain areas, such as a sword and armor that aid you when underwater. 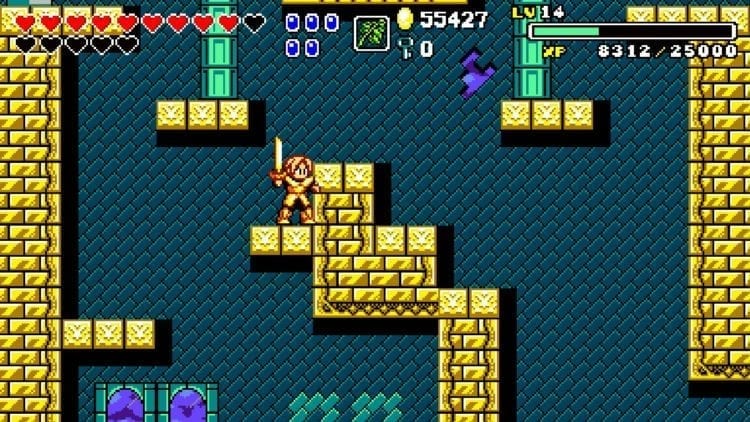 The Game Has A Really Satisfying Difficulty Curve

The game’s four temples are much like side-scrolling versions of what you’d find in a Zelda game. You go in and find the dungeon’s item, which allows you to solve puzzles and bypass obstacles in order to make it to the boss room. And Aggelos absolutely shines in the boss department. The bosses have big, awesome sprites and are frequently challenging, satisfying endeavors. Once you defeat them, in true Zelda fashion, they drop heart containers.

One thing I really like about the dungeons is that, much like the rest of the game, there’s very little bloat. They’re all very focused and never feel too long or too short. The overall level design is very good, too, whether in a dungeon or the overworld. I was rarely ever lost or confused. And if you do get stumped, you can visit a seer character who’ll tell you where to go next.

The game’s difficulty feels really good, aside from that one aforementioned area. It starts out easy enough, but the difficulty really spikes towards the end – possibly a bit too much for some players. You can mitigate this by getting the final armor and sword set, which unfortunately trivializes a lot of the late-game difficulty. It’s great for players who aren’t up to dealing with the massive amount of damage some of these enemies do.

That said, the last two bosses are still far from pushovers, even with the final sword and armor. The last boss, in particular, is challenging in a daunting way, but you can definitely overcome it after a few tries. The game’s length also feels right where it needs to be. It’s fairly short, sure, but it doesn’t outstay its welcome and feels like a complete adventure. I unlocked everything and did all of the side stuff that I could find, earning 96% completion at about 7-8 hours of gameplay. 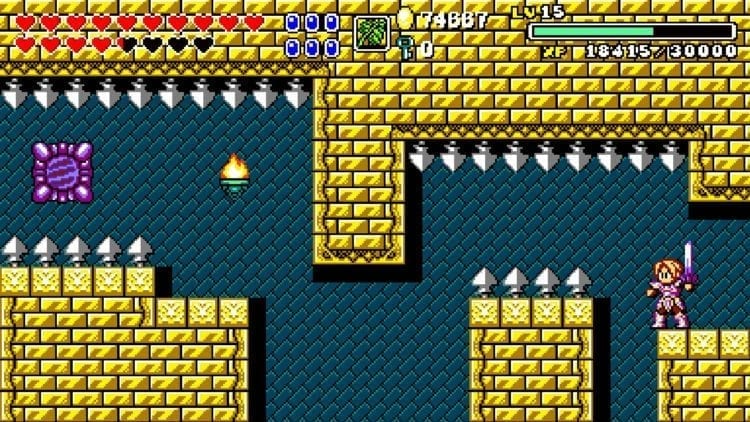 I’m Definitely Going To Come Back To This One Again

In a recent update, the game also added a hard mode. This is a really nice complement for anyone who beats the game and wants more. That said, I don’t really want to imagine the final boss on this difficulty. It’s also worth mentioning that the final boss has some flashing lights, so people with epilepsy might want to steer clear of it.

Aggelos is one of the best times I’ve had playing a game this year, and I definitely see myself playing it again. It fits neatly into one of my personal favorite game types, which you don’t see made very often. From start to finish, the game is an absolute treat. Anyone who’s into retro-style games, action-platformers, or Metroidvanias should absolutely pick it up. I’m very glad to see developers are still making games like this, and I’ll certainly be keeping an eye on the dev, Storybird Games. I’m looking forward to seeing what they cook up next.

By Nicholas Montegriffo6 days ago
Features