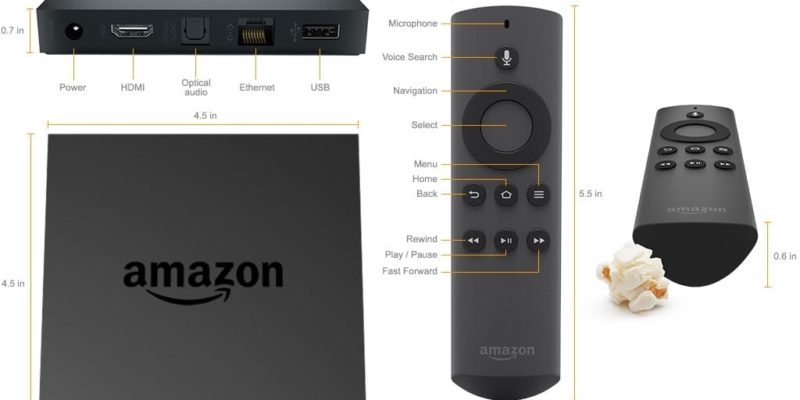 Amazon Fire TV announced and released today is a box you connect to your HDTV and it will allow you to play Netflix, Prime Instant Video, Hulu Plus, low-cost movie rentals, and more. Basically similar to Apple TV and Roku, also allows you to play games similar to Ouya. Amazon is already selling it on Amazon.com for $99, with the FireTV Controller sold separately for 39.99.

Info:
-$99 system
-$40 controller (comes with $10 in Amazon credit to spend on games and a free copy of Sev Zero)
-Runs Amazon’s version of Android
-It’s like a Roku or Apple TV but it also plays games, so think the Ouya as a basic concept here
-Publishers like EA, 2K, Ubisoft, Gameloft, Disney, Double Fine, and Telltale are on board (with their mobile games presumably)
-Minecraft and Asphalt were demoed
-Thousands of apps/games available soon
-If you’ve ever said “this mobile/tablet game would be great, but I want physical controls and tv output” then this device is for you
-If you were hoping for a PS4 competitor, this device isn’t for you

Middle Earth: Shadow of Mordor to emerge on 7 October