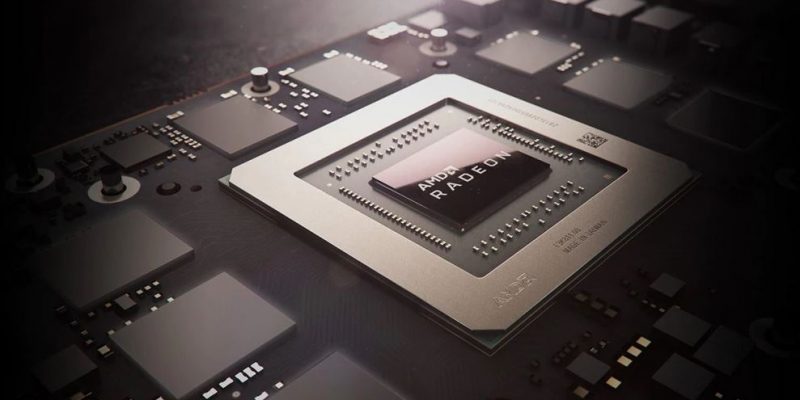 Image not representative of RDNA 3 die.

AMD has confirmed that its Radeon RX 6000 Mobile GPUs for laptops are still on track to launch in Q2 2021. During a recent earnings call, AMD CEO Lisa Su confirmed that AMD is still on track for the release of its Radeon RX 6000M Mobility GPUs later this quarter. Su also stated that she “expects Radeon 6000 Series GPU sales to grow significantly over the coming quarters” as the company looks to ramp up production.

This news comes as a surprise since chips and the associated materials shortages have been holding back the production of computer hardware and tech for a while now. These RDNA 2-powered GPUs were expected to release in the first half of 2021, meaning AMD is still sticking with its initial plan and won’t face any delays. A specific launch date is still unknown. However, the only possible dates would be either in May or June before Q2 ends.

Based on the 7nm RDNA 2 architecture, the RX 6000M Mobility GPUs are expected to release in three different segments. The Navi 22 GPU will feature 12 GB of memory and up to 2560 cores for high-end gaming and intensive applications. The Navi 23 and 24 GPUs, on the other hand, will release as two less-powerful options for mid-range and entry-level laptops, respectively. How will these measure up against the competition?

AMD’s Radeon RX 6000 Mobile GPUs will likely compete with other notebooks powered by Nvidia’s GeForce RTX series of graphics cards. One upcoming device with competing hardware that is currently making headlines is the Samsung Galaxy Book Odyssey, which is said to feature the RTX 3050 and 3050 Ti.

The pricing of these RX 6000M powered laptops is still unclear. However, AMD’s price points are rather completive. The main concern is if laptops with AMD GPUs can compete in popularity with Nvidia’s graphics cards that have taken the world by storm.