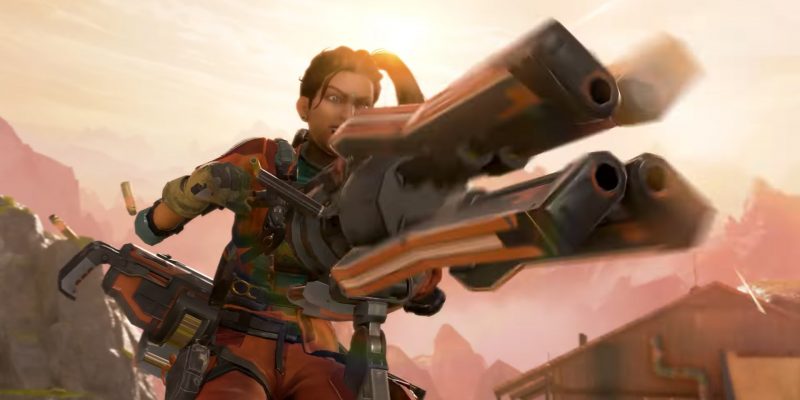 Apex Legends has a diverse range of Legends for you to choose from. Rampart was added into the game as a part of Season 6. Upon release, her mounted turret brought along mixed reactions from the community. As the game has progressed, Rampart has received a few changes, but some problems still remain. A bug is causing a big issue surrounding Rampart’s Amped Cover and being able to place the barriers. This issue can prove to make Rampart’s ability completely useless and can cost you games.

Players are reporting that the issue mainly occurs on Olympus. A player posted a clip on the Apex Legends Reddit page demonstrating the Rampart Amped Cover bug. This was done in the hope to get the attention of the developers. As you can see, the player attempts to use the ability in a tunnel to cover the team’s back. However, they were unsuccessful as the ability was unable to be used.

Some players have argued that it may not be a bug at all. In fact, it may be intentional as it was an enclosed space. However, Apex Legends fans have commented on other examples of enclosed areas on the map where the cover cannot be placed. At the same time, players have noted that the cover can’t be placed on top of roofs on the Olympus map.

At the time of writing, the developers have not responded to the Rampart Amped Cover bug. Although fans are still questioning whether the issue is intended or not. We will just have to wait and see if Respawn Entertainment addresses the issue in a future patch. You can keep track of the bugs and glitches that Respawn Entertainment addresses by visiting the Apex Legends Trello Board. Until then, hope that you do not encounter this issue when playing as Rampart in your future matches.

I haven’t seen this bug being talked about so I hope I can bring it to the attention of the devs. from apexlegends

How to tame raptors in Fortnite: Chapter 2 Season 6

The best Akimbo M19 loadout to use in Call of Duty: Warzone