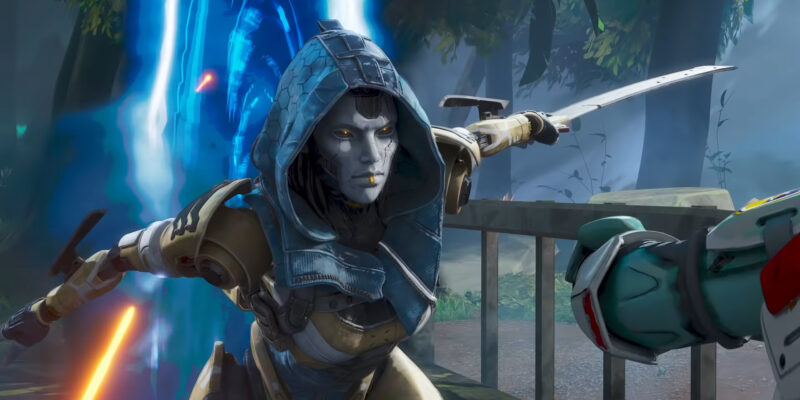 Following on from the Ash reveal, Respawn Entertainment has released a trailer for the next Apex Legends season, titled Escape. There is a lot to dig into in this new trailer, which gives us a look at some of Ash’s abilities, the new SMG, the aesthetic for the new season, and possibly a new map.

The entire Apex Legends Escape launch trailer is set on a remote island. Now, this could just be a setting for the video. However, I think it’s highly likely that we’ve just seen the first look at a new map coming to the Apex Games. This also means we’ve seen some new wildlife that could be found around the map. It’s all very exciting.

The trailer didn’t show off any new skins. However, I’m really hoping we get a topless Fuse skin complete with a walking out of the water emote. A Mirage soaking up the sun emote would be awesome too.

If you’ve never played Titanfall or you missed Ash’s origin trailer, you should definitely check it out to learn a bit more about the lethal Legend. She’ll be slicing and dicing her way into your games from the beginning of the Apex Legends Escape season. She makes Revenant look cuddly, so her voice lines should be entertaining.

Ash displays a lot of skills in the trailer, too many for one Legend. So, it’ll be interesting to see which ones are her actual in-game abilities. The first one is the knife in the ground that stuns Caustic. That feels like it will be her Tactical Ability.

We then see her using a Titanfall Data Knife. It looks like she uses it to find the location of something – more players or a stash. This could be some kind of passive ability. Maybe it’s a reinterpretation of the recon points some of the Legends can use. 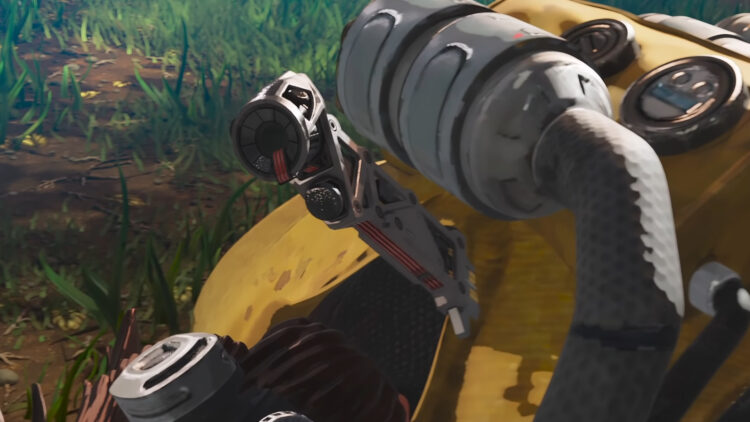 Finally, we see Ash slicing a rift in space with her sword. This has to be her Ultimate Ability; it feels too powerful to be able to use often. And it feels a lot like Wraith’s portal, which leaves us with no place for her sword. I thought she may pull it out as an Ultimate, similar to Genji in Overwatch. Now I think it might just be a more powerful melee attack. We’ll have to wait until Escape launches to find out.

Check back on October 25 for the next trailer for Escape, which will be the gameplay reveal. While you’re waiting for that, you can drop into the Apex Legends Halloween event that’s currently taking place in the game.