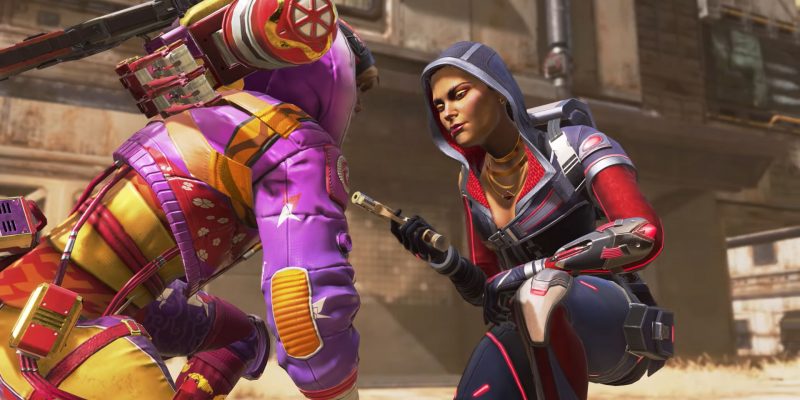 Apex Legends has evolved significantly since its debut in 2019, but that doesn’t mean the vanilla feel isn’t missed. Other games like World of Warcraft Classic have proven that players love to go back. As such, a return to the original King’s Canyon and World’s Edge is in the cards. Once the Genesis Collection Event kicks off June 29, the original iterations of these maps will return to Apex Legends along with much, much more.

There’s a lot of info you can pour over in the full-length blog post on the developer site, but we’ll give you the short version. Aside from the classic maps that are returning to the game for a limited time, you’ll be able to grind for some free exclusive cosmetics and purchase premium looks. This event won’t be as charitable as some of the prior events, so you will have to cough up some dough if you want new character skins aside from the earnable Wattson skin. Some of the premium looks are pretty awesome though.

You can at least get some weapon skins for the Charge Rifle and EVA-8, along with some really unique charms, and other bits. Take a look for yourself at what’s on the free rewards track in the Apex Legends Genesis Collection Event. 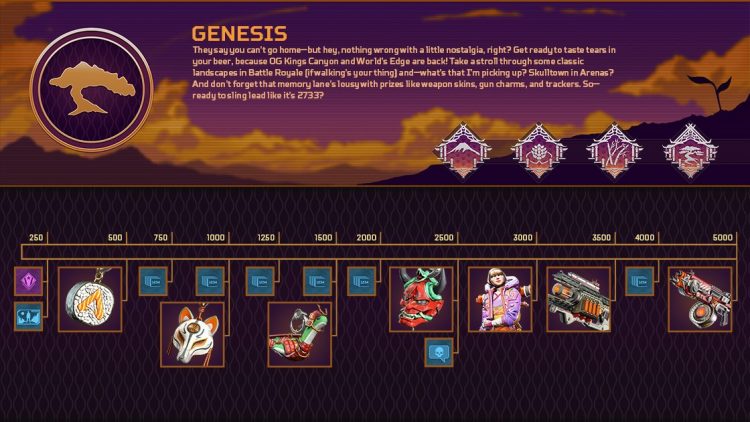 Gotta’ bone to pick with some fellas?

Arenas players will also get some new content to keep themselves fighting over. The long-requested map Skull Town (from the earlier version of King’s Canyon) will be a permanent new addition to the map rotation. Skull Town features plenty of tight spaces and CQB combat, which will feel quite different compared to most of the other Arenas maps.

The reaper gets a scythe

Revenant is finally getting an Heirloom in the game, and it’s one of the most complex items yet. The massive scythe comes with a red handle and a stainless steel blade that animates and pulses dark energy. However, what stands out the most about Revenant’s heirloom is the way he uses it. The animation depicts wide sweeping swings of the scythe that look terrifying on the receiving end. It will still behave like any other melee attack in terms of damage and speed, but that’s some serious style. 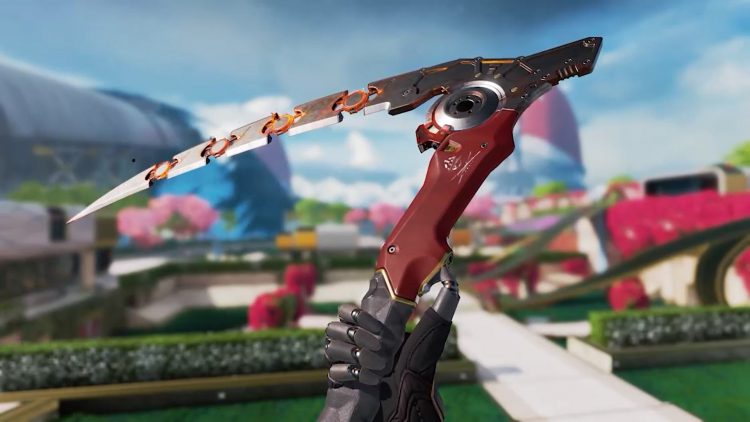 Continuing with Revenant, he has some important balance changes to take note of. Both of his abilities have shorter durations, but his passive Stalker trait allows him to climb much higher, which actually seems like a good tradeoff. You will need to use his abilities more efficiently, but if you place yourself right, you’ll still have plenty of time to deal with foes.

You can also feel more confident in pushing with Revenant, as some of his hitboxes will be decreased in size to make him harder to hit. Lifeline, on the other hand, is about to get thicker. Her legs and hips will have larger hitboxes.

While not a balancing change, it should also be noted that Valkyrie’s jetpack fuel gauge will provide a visual indicator when fuel is low. That should help for your peripheral sight a little more.

The balance tweaks continue with weapons changes. There’s nothing too major, but you might try these guns with the latest tweaks to see if they perform to your expectations now. The P2020 will benefit from several much-needed magazine capacity buffs along with a higher fire rate. The Spitfire will exhibit more hipfire spread, making it less effective. The Longbow will do five more base damage, perhaps just enough to increase the frequency of opponent knocks. Lastly, you might try the 30-30 Repeater again. The projectile speed is now slightly higher and the charge time for increased damage is now shorter.

The Apex Legends Genesis Collection Event begins on June 29 and runs until July 13. The map changes and cosmetics will disappear after that, but the rest of the changes are here to stay.