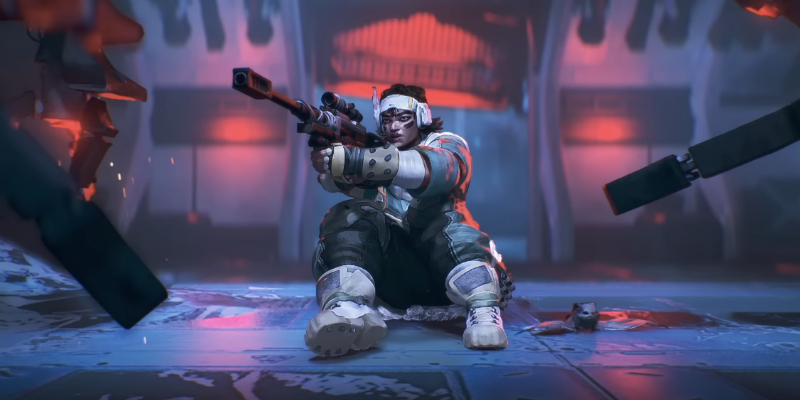 Vantage, real name Mara, was born on a frosty planet called Pagos. Pagos is an isolated planet where Mara’s only companion was her bat, Echo. From a young age, her mother instilled strong values in her, telling her that the only truth is that “everything wants to kill me,” and the only rule is that you must survive.

The Hunted Launch Trailer for Apex Legends will broadcast on July 28, and we’ll find out more about Vantage. You can also expect some information regarding what Season 14 of Apex Legends will look like. Hopefully, that includes details about the battle pass, any new mechanics, and a new gun.

Although this trailer didn’t focus on what Vantage’s kit will look like, we do have some idea of what to expect. Past Apex Legends leaks showed a version of Vantage where her passive broadcasted certain information to her team. This information includes the enemy’s shields, remaining squad size, and their distance from her. This passive triggers when Vantage is aiming at an enemy.

As for her tactical ability, Vantage will be able to rely on Echo. She uses a whistle to tell Echo to move somewhere, and then she grapples towards Echo. Finally, her ultimate is a large sniper rifle that marks enemies who have been shot by it. Any enemies marked by the sniper will receive additional damage when shot by anyone on Vantage’s team, including herself.

How reliable are the leaks?

Any currently known information about Vantage’s kit is based on leaked gameplay from several months ago. It’s very possible that certain aspects of her kit have changed by now. Even so, Apex Legends leaks have a history of being accurate, so it’s fair to assume that Vantage won’t be too different from what we are expecting.