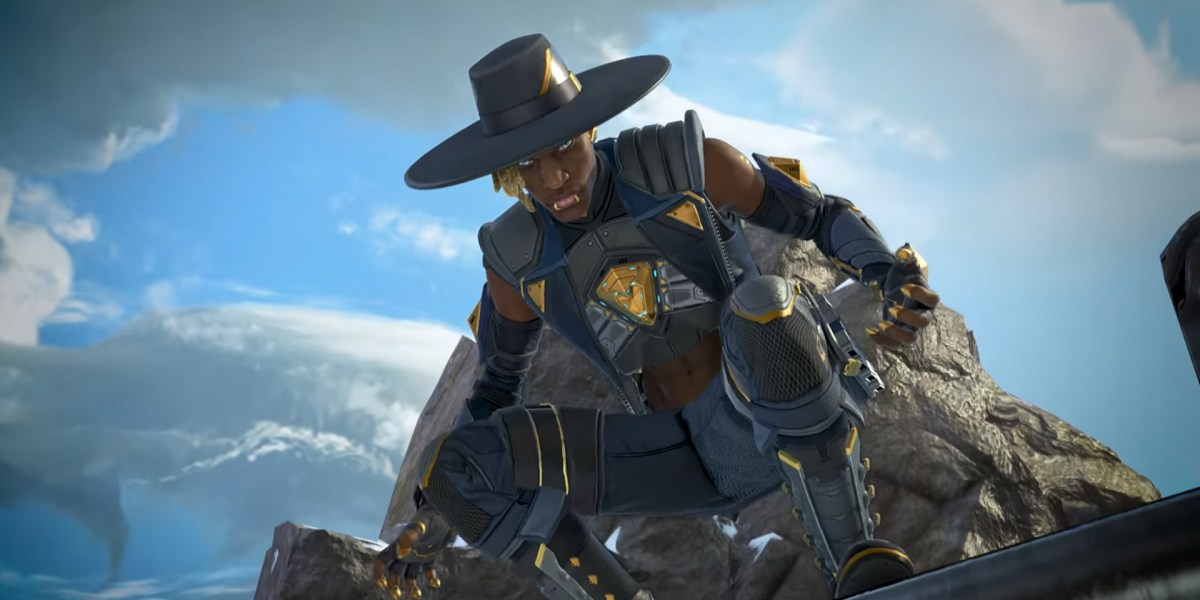 Seer is the most 2021 character I’ve seen in gaming yet. He struts like he can conquer the world, and his stylish flair slays almost as hard as his abilities, which are probably far too good. Check out those abilities in action and learn how they work in the latest Apex Legends character trailer for Seer.

The trailer describes the new Legend as an artist and visionary. I think that perfectly sums up his approach to the battlefield and playstyle. He’s all about scouting enemies and getting the drop on them. Sorry Bloodhound and Crypto, there’s a new tracker taking center stage.

Seer’s passive is called Heart Seeker. When you aim down sights (ADS), the ability lets you hear enemy heartbeats within 75 meters. It will also create a small indicator on your crosshair that points towards the enemies in range.

This passive is insanely good. You can check to see if any enemies are near you in a fraction of a second at any time. With no cooldown. If you run a weapon with a fast ADS speed, you can quickly pull up and lower your weapon multiple times without sacrificing momentum to pinpoint exactly where enemies are. And that’s without even using Seer’s stronger tracking abilities, which might be the best in Apex Legends.

Focus of Attention is his Tactical ability. It allows Seer to summon his micro-drones in an area, which then emit a delayed blast that reveals enemies and interrupts them. Plus, it goes through walls. So, it’s like Bloodhound’s scan, combined with Revenant’s interrupt. The interrupt doesn’t prevent ability usage like Revenant’s Silence, though. It does, however, interrupt item usage.

Finally, Seer’s Ultimate, Exhibit, allows him to throw his heart chamber to deploy a net of micro-drones that reveals the location of enemies moving quickly or firing. It marks the targets and shows their footprints as they move. I don’t think I need to explain how powerful this ability is. It’s going to leave players cowering in corners waiting for the danger to pass.

Seer and his potent abilities will drop into Apex Legends with Season 10. The season is titled Emergence, which fits Seer’s character perfectly, and it begins on August 3.

By Sam Robins4 mins ago
Guides