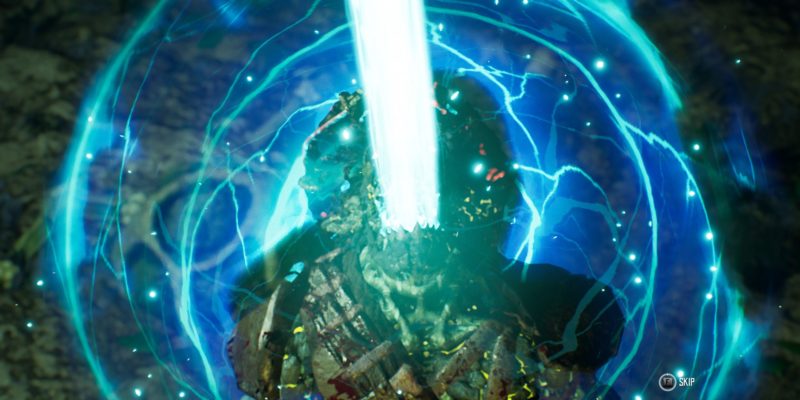 Striking the right balance when blending two subgenres is a tricky thing. For example, between rogue-lites and Souls-likes. Mixing the punishing and weighty nature of the latter’s gameplay with the run-based, one-and-done mentality of the former is certainly a challenge. This, especially when you consider the love and attention to detail that makes great titles in both subgenres stand out. Arboria, which enters Early Access on May 7, has some issues with its combat and enemy variety, but it’s already doing a fairly good job of combining the two mentioned subgenres — creating an exhilarating game that demands patience.

What is even going on here?

To be blunt, Arboria‘s general feel is weird and gross. That’s not necessarily a bad, thing, mind you, as I think it’s what the developer is going for. But it reminds me of the titular creatures from the movie Gremlins and the low-budget, grotesque goblins from Troll 2. You play as a Yotun, which is a … okay, I’m not actually sure what they are. They’re kind of like plant goblins that are grown, maybe? And they’re sent by actual goblins into a randomly-generated dungeon called Durnar.

Arboria‘s opening has a fair amount of cutscenes, albeit ones that don’t have voices yet. The goblin speech is honestly obnoxious. If you want to know what that means, instead of it being written as, “We must delve further so that we may appease the gods,” a goblin will say it like, “WE MUST GO DEEP TO APPEAZ DA GODZ!” It comes across as forced and uncomfortable, which probably wasn’t the intention. But it’s not like worldbuilding and dialogue are the cornerstones of a rogue-lite. Also, I’m not sure if they’re goblins or trolls. It doesn’t matter. 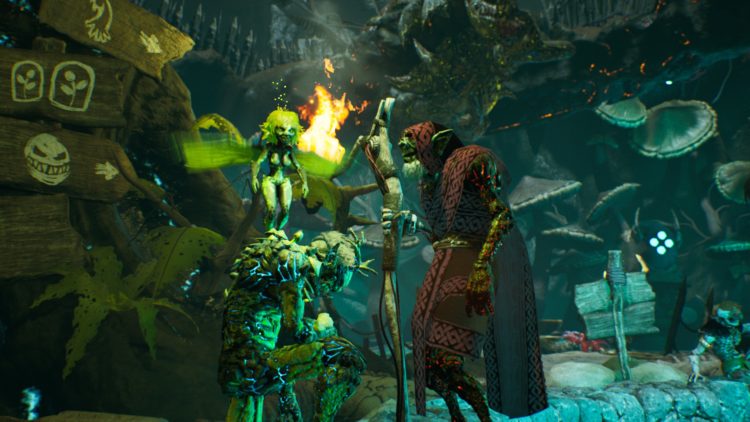 It’s exactly what you think

Each run begins in the goblin village. Here, you can spend any currency you were able to retrieve from the dungeon to improve your base Yotuns or to donate to “Da Godz” to have a higher chance of your selected warrior having better stats. You can pick between two at first, but you’ll be able to unlock more for a wider selection by upgrading from one of the village NPCs. Since it’s a “Soulgs”-lite (that doesn’t really work, does it?), you’ll be descending into randomly-generated dungeons along with whatever equipment you have. The starting weapon, for instance, is an axe, but you’ll find blueprints for new ones as you explore.

Your main goal is to find the exit on each floor so that you can send all the currency you found back to the village for future spending. You’ll always have a healing item with three uses that restores itself after each level. However, if you manage to die, all currency is lost. Currently, the dungeon only has one tileset and four floors, so there isn’t a ton of game available yet. But it’s plenty for several hours of playtime.

As for the combat and movement, it’s very clearly modeled after Dark Souls. Attacking is much slower and somewhat less responsive than I’d like. The range of the weapons that I’ve tried is also narrow, making fighting a bit of a chore until you get used to it. If this was just a total carbon copy, it’d be a failure. However, Arboria manages to differentiate itself enough that it feels fairly enjoyable in its own right. 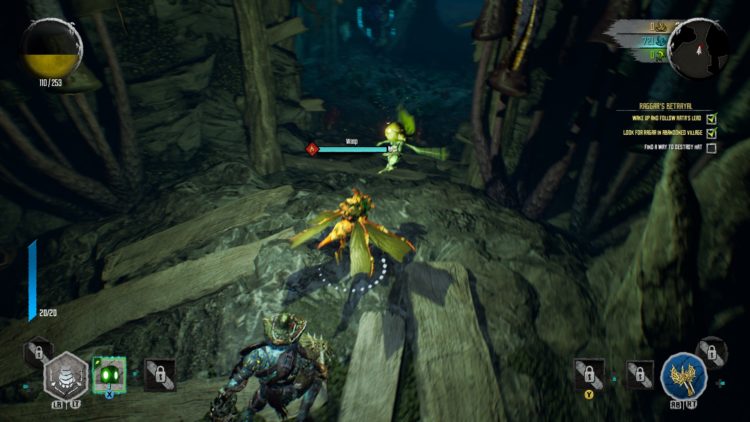 The largest change is that Arboria completely does away with stamina management, which is one of the main features of Souls-like combat. You can sprint, dodge, and attack to your heart’s content without ever having to worry about running out in the midst of a fight. The dodging is also quite excellent, as it’s highly responsive and gives a very fair amount of I-frames that work wonders in keeping you alive.

When exploring Aboria‘s levels, there are some major recurring features. In order to unlock NPCs and features for the village, you need to heal corrupted roots you come across. These come in two varieties: ones that require you to wait out a timer while fighting enemies, and ones that task you with dispatching multiple waves of foes. Once you accomplish these, the root will not only become healed but you will heal as well. You’ll also find sealed chests that you’ll need to fight waves of enemies to unlock.

Chests tend to contain weapons and armor, naturally. But both can also be found in the levels themselves, along with blueprint pieces that you’ll need to collect to get access to new weapons at the beginning of your run. You can also find totems that heal you, which come in very handy if you want to save your healing items for use in the middle of fights. I also found a little optional combat arena that you can access with a small amount of currency that grants the chance to win a chest. 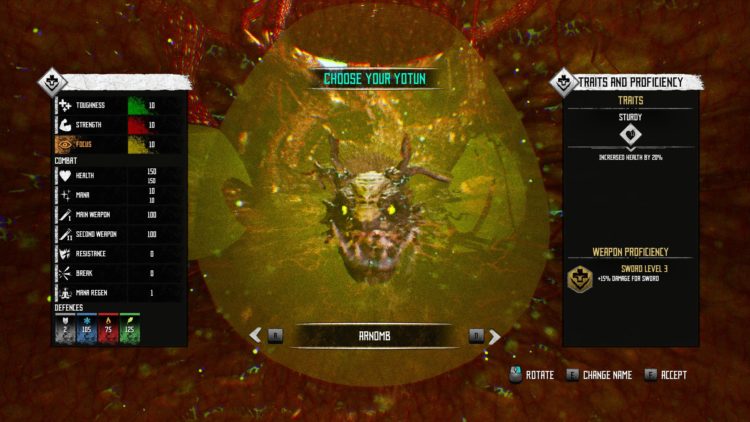 Arboria doesn’t exactly have a wide variety of enemy types as of now. And you’re going to be fighting a lot of generic, green wasps. There are also larger wasps, pillbugs, and these weird mantis creatures. I don’t care much for the enemy designs, as they just seem kind of generic and uninteresting. I feel like more can be done beyond an assortment of insects, but perhaps we’ll see all sorts of different creepy-crawlies further down the line.

Combat in Arboria could have been a giant pain As mentioned, you have a short range and you fight a bunch of enemies at once. But that’s where the game’s spells come into play. This is another of the game’s bigger differences from its inspiration. Your mana regenerates very rapidly, as the game expects you to use your spells all the time. The default one is a shockwave with two variations: one hits the ground and knocks down enemies, and the other is more like a projectile and floors any foe it hits.

This attack was instrumental to my playstyle. I’d typically lock onto the enemy I planned to beat first, throw a shockwave at it, and then roll toward it and hit it with two strong slashes. The game is all about forcing these openings by knocking your enemies down, which is another thing that further differentiates it. The clunky and slow nature of the attacks notwithstanding, I really like the rhythm of Arboria‘s combat. 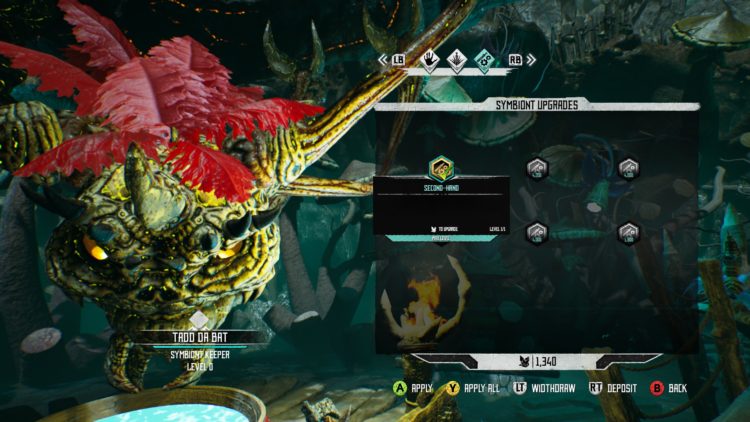 As a Souls-like and a rogue-lite, I think Arboria is already a fun time. The combat needs some work still, and the enemies are underwhelming. But there’s a foundation of a really solid title that I think fans of the subgenre will get a kick out of. Its visuals might be garish and kind of weird, but there’s something charming about how foreign and unpleasant it looks. It’ll be interesting to watch how the game develops as it moves towards a full release in 2021. I just really hope that I don’t have to fight too many more wasps.