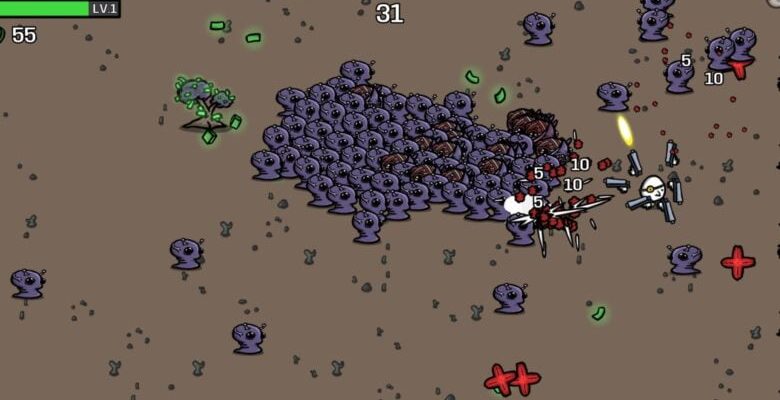 If you ever dreamed of gunning down hordes of bad guys as a sentient potato, developer Blobfish’s Brotato has you covered. This quirky rogue-lite arena shooter bears more than a little resemblance to the flash games you’d commonly find on Newgrounds, both in aesthetic and attitude. If you have a fondness for that 2000s Newgrounds vibe or enjoy the works of creators like Edmund McMillen, then Brotato could appeal to you. Fortunately, Brotato will make its way to Early Access six days from now on September 27. You’ll be able to jump in quite soon if you like what you see in the Early Access trailer.

As you might expect, Brotato focuses more on action-packed thrills than it does on narrative. But in case you still want to learn about the game’s setup, it involves “a spaceship from Potato World” accidentally crash landing on a mysterious planet. The crash wipes out everyone on board except for Brotato, a highly-capable potato warrior who can use up to six weapons at any given time with ease. While he waits for his comrades to rescue him, he must fend off numerous waves of the planet’s dangerous inhabitants.

The gameplay of Brotato asks players to murder as many enemies as possible during individual waves that last 20 to 90 seconds. Players have a sizeable amount of characters, weapons, and items to pick from, and collectible materials allow you to purchase some of these items, as well as gain valuable experience. Additionally, players can tailor the game’s difficulty through a variety of accessibility features, which include adjustments to enemy health, speed, and damage.

If you feel like giving Brotato a whirl before it arrives on Early Access, then you can do a few trial runs in the game’s free demo. A June update that the Early Access version will cost between $2.99 USD and $4.99 USD.

2K has been hacked, warns users not to click on support emails and to change passwords