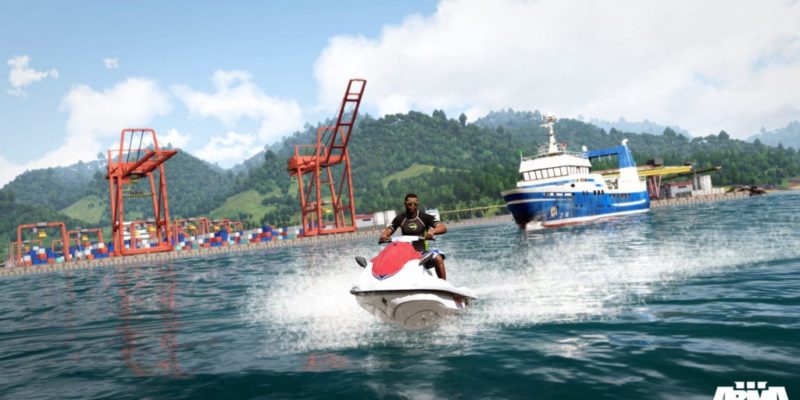 It’s not easy keeping things under wraps for a reveal and it looks like Bohemia Interactive’s new ARMA 3 terrain has slipped out before the “ta-da” moment. This was probably accidentally published. Whoops!

Called the Tanoa terrain, it’s shows pacific island type landscapes and an ideal place for a holiday. The leak comes with the following info:

“Situated in the South Pacific, the island province of Tanoa is one of many that, together, compose the Horizon Islands – an independent island nation with historic ties to both East and West. Formerly an outpost belonging to the Empire of Japan, before its liberation by US Marines in 1944, evidence of a long history of conflict and turmoil can still be found dotted across the island – relics from times long-since passed.

“Nowadays, Tanoa thrives off rich deposits of rare earth metals exported the world over, but controversy and civil unrest have long surrounded these efforts due to the perceived social, economic and environmental impacts of their exploitation. Tanoa is also believed to be a hub of illicit trafficking in the Pacific, but no formal charges have ever been raised.

“In 2035, Tanoa continues to enjoy a prolonged period of apparent peace and prosperity, but the volatile geopolitical situation on the world’s stage threatens to destabilize the region, and plunge it into darkness once more.

“Tanoa will be the first South Pacific destination featured in the Arma series. Previous Arma locations included the Mediterranean islands of Altis and Stratis (Arma 3), the Eastern-European country of Chernarus (Arma 2), the Middle-Eastern nation of Takistan (Arma 2: Operation Arrowhead), and various other terrains in the fictional Armaverse.”