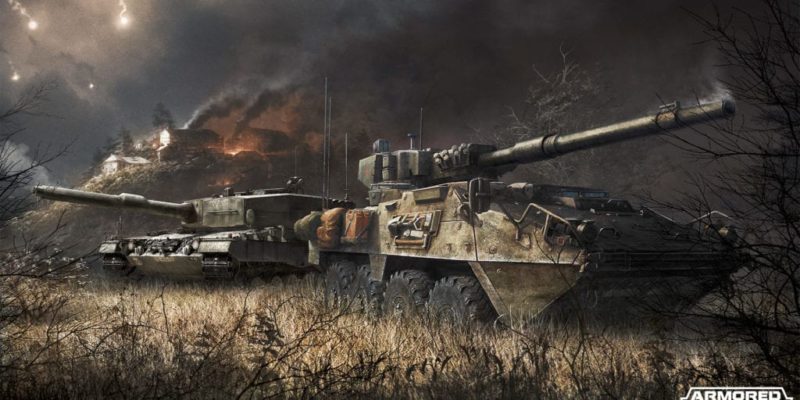 Late last year Obsidian laid off some off its team who were working on the tank title Armored Warfare and now all development of the game at Obsidian as ceased.

A statement from Obsidian CEO Fergus Urquhart over the weekend reads:

“At Obsidian, we are grateful to have had the opportunity to work on Armored Warfare over the last four years. We are happy to hand off Armored Warfare to the talented developers at My.com who, we know, will deliver incredible updates and content to Armored Warfare fans across the world. Our focus at Obsidian will turn to currently announced games such as Pillars of Eternity 2: Deadfire, Tyranny, and Pathfinder: Adventures along with other unannounced projects. We are proud of everything we did on Armored Warfare and want to thank all of our dedicated fans for their involvement and support.“

The split may not have been too amicable however as a post on Reddit by a design consultant for the game explains exactly what he thinks went wrong. According to the post, MailRU wanted to create a World of Tanks clone and here lies the problem.

“It’s simple. MailRU said they wanted none of that, and they tasked Obsidian with making a “World of Tanks clone.” Yes, it was supposed to be as close to World of Tanks as they could get with modern tanks and without getting their asses sued off by Wargaming.”

The problem also could have been with MailRU’s focus on the Russian market, and now Obsidian is completely out the loop, nobody really knows if Armored Warfare can succeed against World of Tanks and War Thunder.

Armored Warfare sounds like it was created for all the wrong reasons.