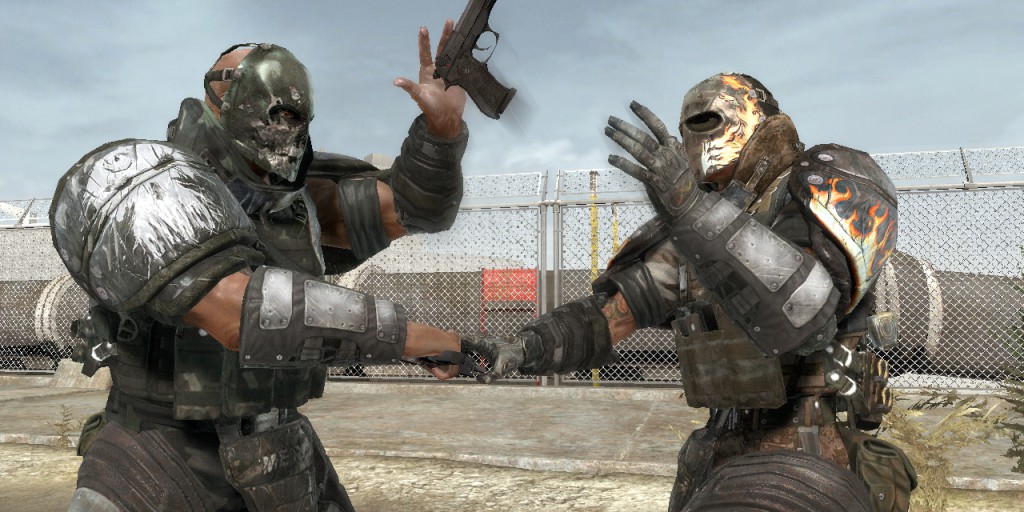 EA is holding its Summer Showcase event this evening, but ahead of that the publisher has decided to announce a new Army of Two game for the Xbox 360 and PlayStation 3.

The key stats: It’ll be subtitled The Devil’s Cartel, will be developed by Visceral Games and built on DICE’s Frostbite 2 engine.

According to the press release, Army of Two: The Devil’s Cartel is aiming to provide a more “intense, mature, and grittier tone” than the previous games. It will concentrate on the story of Operatives Alpha and Bravo as they fight in a Mexico drug war.

The press release line of “the ability to unleash the power of ultimate destruction” leads us to believe that there will be destructible environments.

Destructible environments, mature, grittier… someone has been to a focus test session.