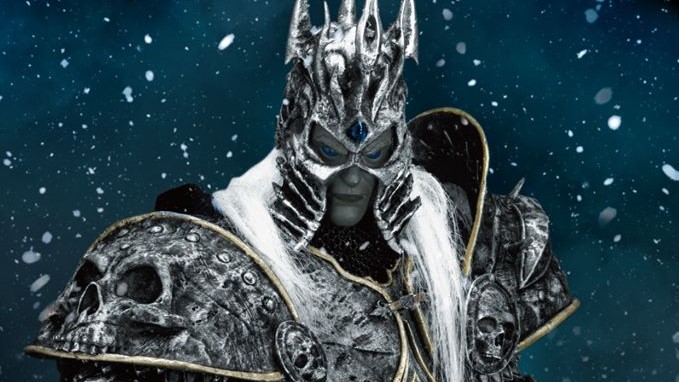 A figurine of Arthas as the Lich King has been made available for preorder from Beast Kingdom in collaboration from Blizzard, raising some interesting questions about his potential role in the upcoming World of Warcraft: Shadowlands expansion. 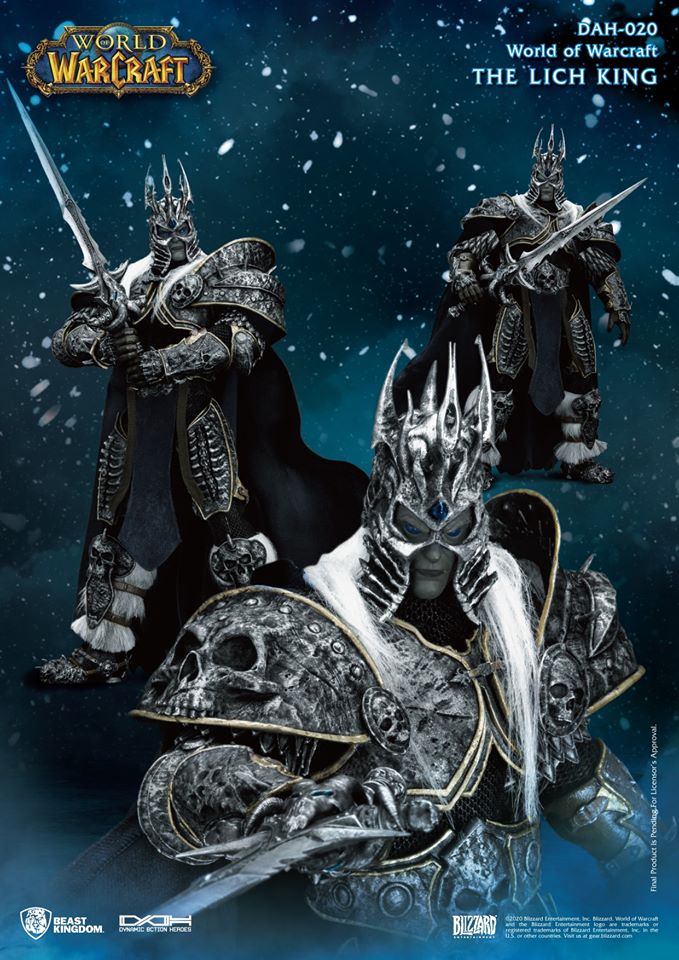 While the character of Arthas has played a pivotal role in World of Warcraft‘s lore, he hasn’t been seen in-game since his defeat during the events of Wrath of the Lich King. At the end of that expansion, Arthas was replaced by Bolvar Fordragon because of the rule that “there must always be a Lich King.” For years, the reason for this rule had remained unclear, until recent events in the lead-up to Shadowlands.

Sylvanas, once motivated entirely by destroying Arthas — the one who killed her and turned her undead in the first place — defeats Bolvar Fordragon at Icecrown Citadel and destroys the Lich King’s crown. This tears a hole between the realms of the living and the undead, which brings us to the Shadowlands — the realm of the undead.

We have known for some time that we would meet famous characters from World of Warcraft‘s history in the realms of the Shadowlands. Arthas’ mentor and teacher, Uther Lightbringer, is a major character in the storyline for Bastion, and the spirit of Thrall’s mother, Draka, has been revealed to reside in Maldraxxus.

As the storyline of Shadowlands is already so intricately linked to Icecrown Citadel and the Lich King, it has already been speculated that we will meet Arthas in the Shadowlands. This figurine may be a hint that those rumors are true. After all, the other Beast Kingdom figurine is of Sylvanas herself, and Arthas has always played a key role in Sylvanas’ motivations and story. 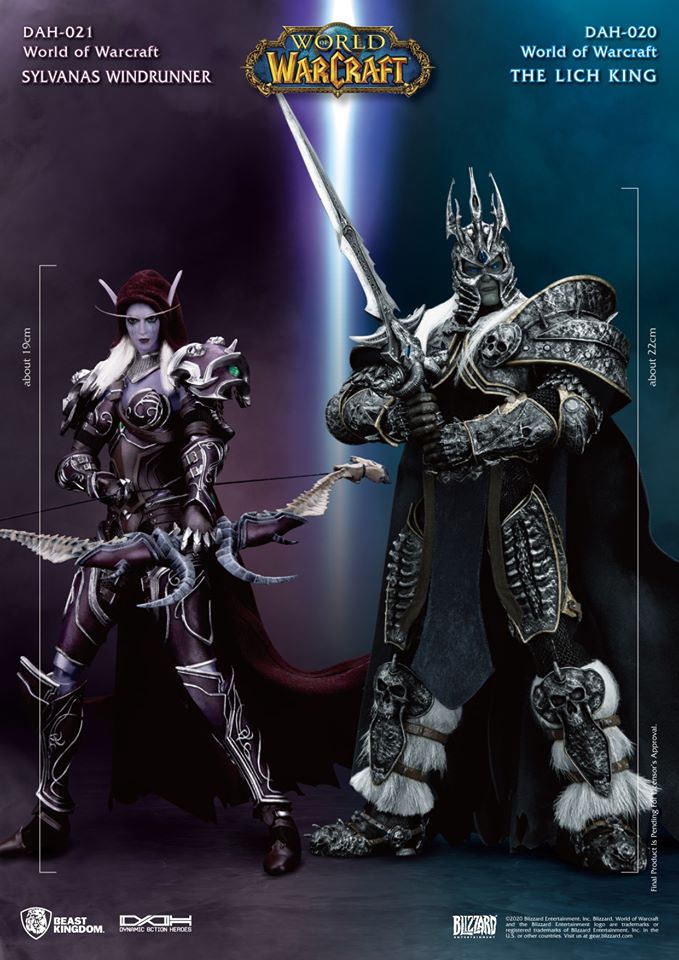 “You speak of justice? Of cowardice? I will show you the justice of the grave… and the true meaning of fear!” Quoted from The Lich King himself! Feel his striking evil! The Paladin Prince who stands with the undead is now atop the ultimate thrown as the Lord of the Scourge!

The Lich King, also known as Arthas Menethil is a man with immense strength and might, unlike any seen before! The Lich King and the Death Knight army initiated the grand plan to assault Azeroth, the world where the majority of The Warcraft series is set. Now, under threat by the most dangerous enemies it has ever faced, the Lich King and the armies of the undead charge their way through this majestic land. Only the strongest champions can survive! Are your heroes ready to take on the might of the Lich King in this time of terror?

The Entertainment Experience brand, Beast Kingdom’s D.A.H (Dynamic 8ction Heroes) range is a live action scale series at 1/9 that takes articulable figures to the next level.

The World Of Warcraft’s classic character: Lich King is a highly detailed, articulable figure that doesn’t skimp on the fine details. With 26 points of articulation, and the use of real materials such as fake fur and hair, it is unlike any video game based, 1/9 scaled figure before. Adding to the use of real materials, the fine reproduction of cloth tights, ultra-fine chain mail and built-in wiring under a cloth cloak gives collectors a perfect setup for posing! Accessories include four replaceable hands, and the mighty ‘Frostmourne’ sword. Make sure the evil, yet mighty Lich King is added to your collection of Beast Kingdom, World Of Warcraft heroes today and recreate the big battle for Azeroth on a desk near you!