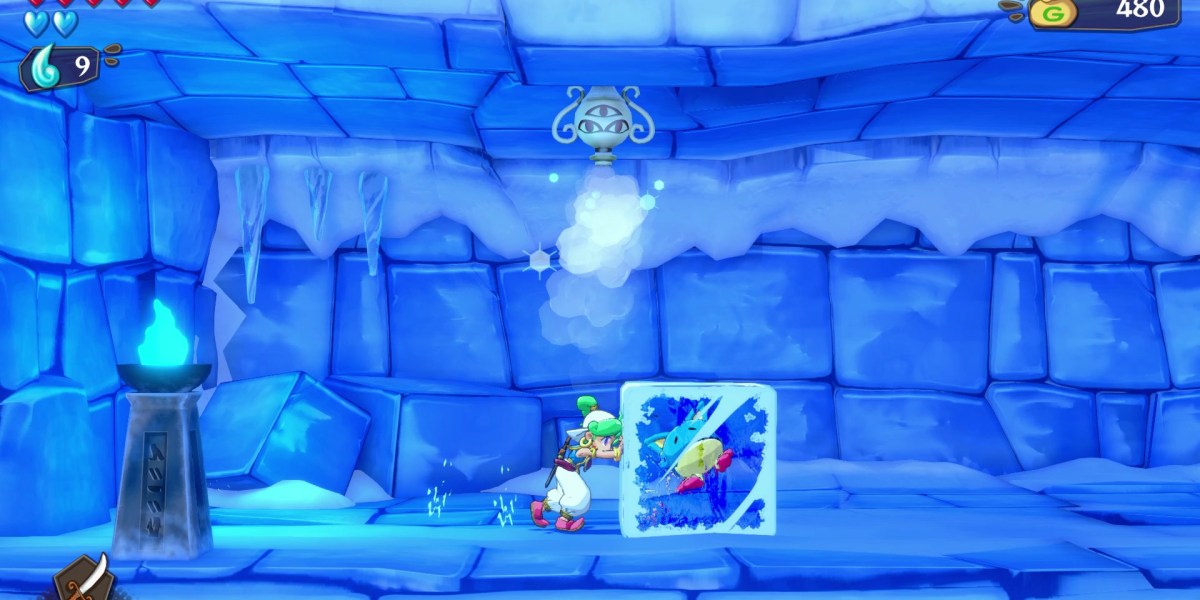 While the franchise is a cult classic for many that have tried it out, the series has mostly stayed in obscurity. When the Sega Genesis Mini released in September of 2019, Monster World IV was one of the forty games included on it. That was the biggest news for the franchise in over a decade. At least until August of 2020, when developer ININ Games announced a full 3D remake of the game.

This new Wonder Boy: Asha in Monster World trailer features the main character Asha’s companion Pepelogoo. As your traveling partner throughout the game, Pepelogoo can help you traverse the environment and solve puzzles. You can hold onto him to fly, get extra jumps, and he can even save you from drowning. Pepelogoo is also impervious to temperature changes. He can be used in a number of different puzzles involving fire and ice. It is a very interesting mechanic for a platformer, as most games of this genre don’t have dedicated helper characters outside of a few like Banjo-Kazooie.

Wonder Boy: Asha in Monster World will be available on Steam later this year, specifically Q2 of 2021. That will be sometime during April, May, or June for you non business-savvy folk out there. The game does not have a price on Steam yet, but there is one important thing to note about the Steam version. That being that the physical Switch and PlayStation 4 versions will come packaged with the original Monster World IV. The digital versions will not. Just something to keep in mind when making your purchasing decision. The new 3D graphics look great and Asha appears endlessly charming. Fans of the genre will definitely want to keep this one on their radar when it drops later this year.