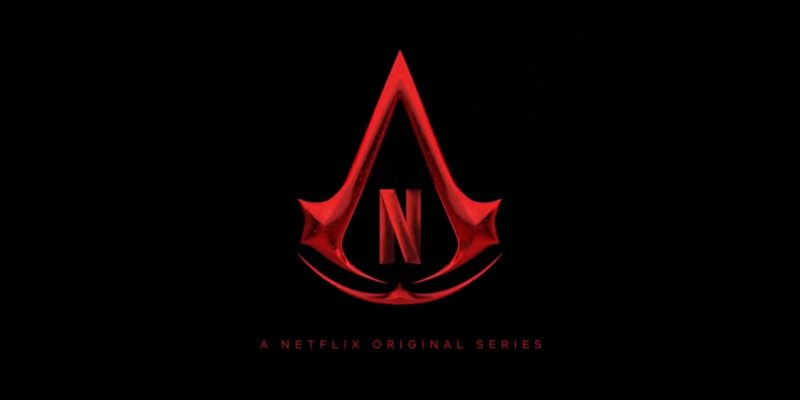 Ubisoft is taking another stab at adapting Assassin’s Creed into the live-action format, this time in the form of a Netflix series. The Assassin’s Creed movie with Michael Fassbender was one of very many failed video game-to-movie adaptions, so one might wonder whether they’ll make it work this time.

Unfortunately, there’s not much to go on yet. All we see in the teaser is the logo accompanied by the iconic Ezio’s Family theme.

What does Assassin’s Creed on Netflix need in order to be successful?

Video game movies and shows are generally… well, bad. There is only a handful of adaptions that worked out decently, but Assassin’s Creed was not one of them. So what can they do to make this work? Well, the first step has hopefully already been made.

Assassin’s Creed on Netflix is being produced by Ubisoft’s Jason Altman and Danielle Kreinik. They are both part of the Film and Television department at Ubisoft, so hopefully, they’ll understand the source material a little better than those who were in charge of the movie.

Another optimistic part of the teaser is the fact that the Ezio’s Family music track plays, which has grown into the franchise’s iconic theme since Assassin’s Creed II. If we have any luck at all, we’ll get a show about Ezio himself, who many fans consider the highlight of the franchise. Either way, the teaser targets fans of the game with recognizable tunes, which is a hopeful sign.

Assassin’s Creed should go back to its roots. Focus on the assassins, look at what made the best games and storylines in the franchise popular, and push it to the front. Too many adaptions try to take something popular and make it into something new. Stick to what made Assassin’s Creed good: make it feel like we’re living through a part of history, show us significant historical people, and most of all, just keep the modern stuff to a minimum. Also, just straight-up use the games’ soundtracks. Make it recognizable.

Successful adaptions include showrunners that truly care about the source material. Put people in charge of this project that have played the games and care about doing it justice. Sure, it should appeal to a wide audience, but if that comes at the cost of alienating the core fanbase, then you’re signing up to become a flop to both.