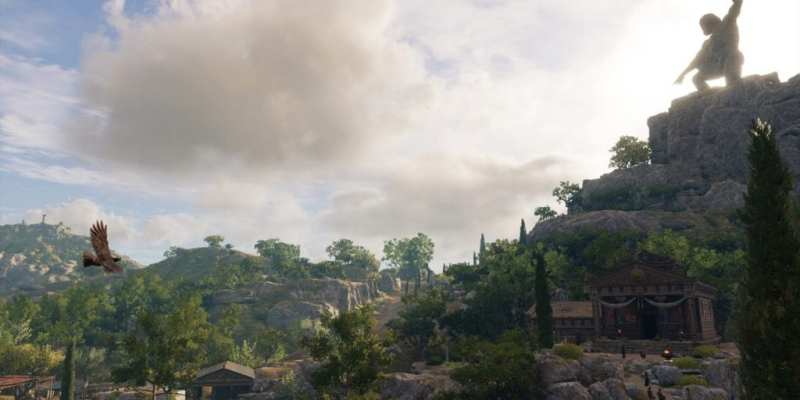 Ubisoft games have always had this odd result. Particularly with the Assassin’s Creed franchise, you can either have something that works generally well and is perfectly optimized. Or you could have something so bug-ridden that it just defies all logic. Thankfully, Assassin’s Creed Odyssey is part of the former. It runs spectacularly well (Ultra High preset) on my PC rig. If ever you’re wondering how the graphics and other settings stack up on your PC, we’ve got you covered with our benchmark and technical review. 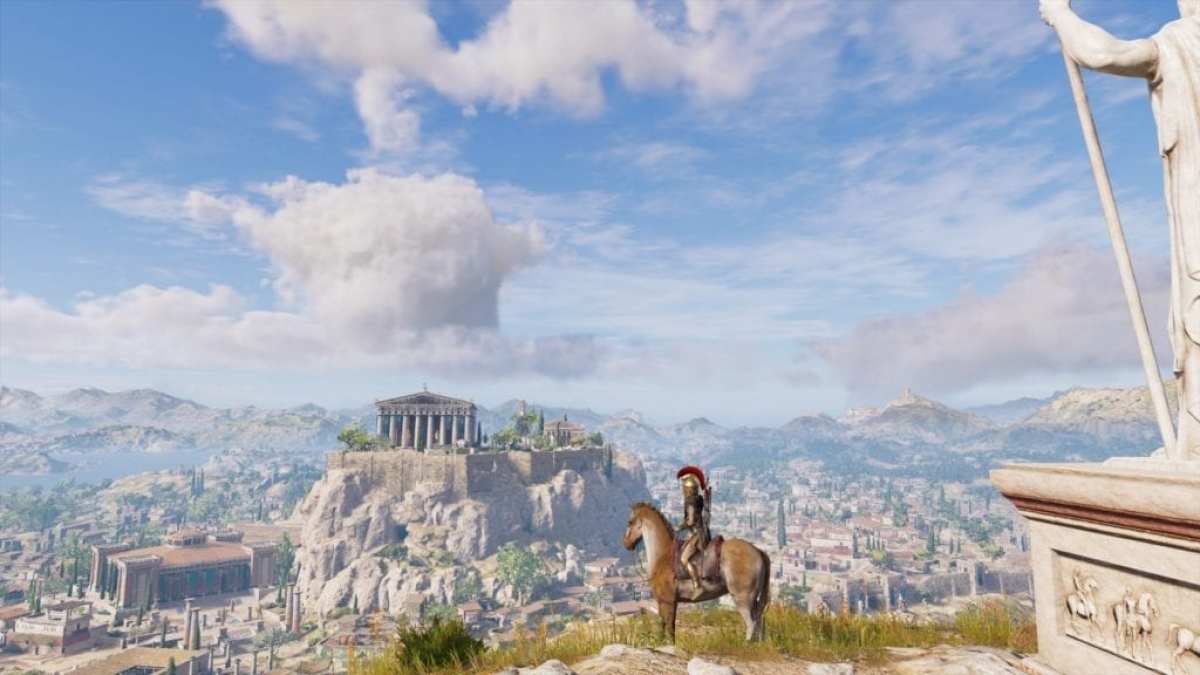 For reference, I just used the Ultra High preset after a quick benchmark determined highly satisfactory performance results. Also worth mentioning are the five available presets outside of personal customization — Low, Medium, High, Very High, and Ultra High. Adjusting different settings also shows a small comparative image of what a certain scene may look like depending on the changes you’ve made.

You can still opt to mix and match certain settings. Reducing anti-aliasing, shadows, fog, and ambient occlusion might help out in tweaking performance while playing the game. Likewise, you’ll also see how much VRAM gets used depending on the settings you’ve decided on. The default Ultra High preset uses over 3.5GB VRAM. Meanwhile, the Low preset is only up to 1.5GB of VRAM.

You can opt to sacrifice some quality for performance. In terms of the presets, Low to Medium doesn’t really make too much of a difference. However, Low to High already shows some significant improvements in the lighting, shadows, and textures. This is even more noticeable at Ultra High. You’ll see that easily with your character’s clothing where Low settings won’t even show you any folds and creases.

During my playthrough (Ultra High preset), I did not experience any major framerate stutters or slowdowns. In fact, the game transitioned from one area or scene to the next in seamless fashion.

You’ll be glad to know that the game actually has two benchmark features. One is the regular benchmark that you can run on the main menu. This is a tracking shot showing an interior scene followed by a bird’s eye view of an entire city. You can get some distinct results from there.

Additionally, you can just play the game. The options screen will show the game’s performance based on your settings as you play through it. That’s a nice touch.

With my specs, I’m getting a consistently decent 75 to 77 FPS after several hours of playing. The framerate drops tend to occur naturally in crowded areas like big battles on land and sea, but they remain fairly manageable for the most part. Exploring the open wilderness and interiors like caves and ruins aren’t so performance intensive as well.

I have no qualms with the audio at all. The musical score and sound effects are top-notch. Important scenes are punctuated with a somber tone or a dynamic and soaring accompaniment that gets the blood pumping for combat — Spartan style! You can also choose to set the music frequency to determine how often it fires during the game.

Controls are also fairly responsive. You’ve got the usual WASD keys and ability activations bound to 1-4. It also has Eye Tracking support. Just to clarify, I played a few hours with a mouse and keyboard before switching to a controller. It’s just something I’ve gotten used to while playing single-player, non-twitchy/360-no-scope games. Character control still remains responsive. Also, when using controllers, abilities can be used by holding one of the shoulder buttons before pressing the appropriate face button — ie. hold L1 then press Y to do your assigned ability.

You might notice an odd issue where you’re trying to dodge or parry in the middle of an attack but it won’t work. I’d surmise that this is simply being locked in the attack animation as opposed to input delay.

There are a couple of minor issues that are worth mentioning. Firstly, I was wondering why my character’s movement looked odd. And then I found out that cloth animations still remain capped at 30 FPS. It doesn’t look terrible, per se, even though everything else is at 60 FPS or higher. Eventually, I got used to it and barely noticed the difference.

Another issue is with dialogue scenes with NPCs. You can choose to skip dialogue lines as you go along. However, there are a few instances when the voice acting wouldn’t fire although the subtitles and character reactions are visible. You’ll be glad to know that these moments are few and far between, and can only happen if you quickly skip each scene. 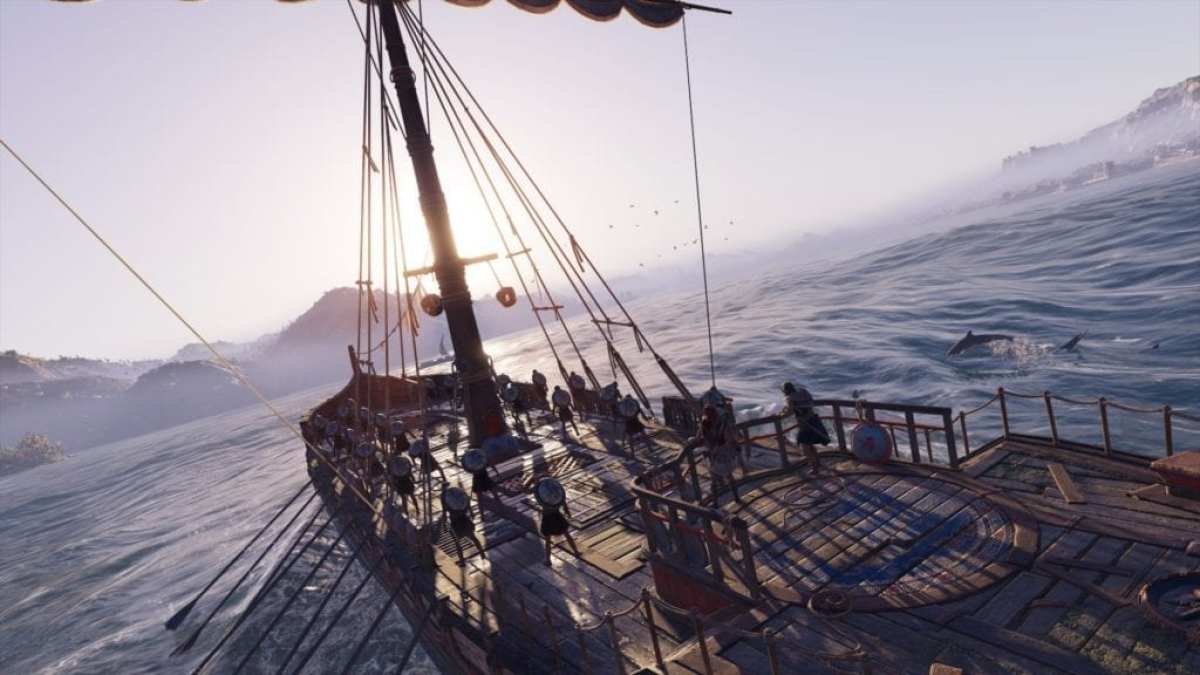 Assassin’s Creed Odyssey is a gorgeous technical masterpiece through and through. I half expected some performance and optimization issues due to past titles — cough, Assassin’s Creed Unity. Thankfully, everything has been running as neatly and efficiently as Hermes.

The benchmarking tool that checks how your game stacks up while your playing is an invaluable addition since it readily determines performance issues during real-time play. Vivid landscapes, wonderful characters, and engaging gameplay have shown that Assassin’s Creed Odyssey can fully revitalize the franchise.

For more, check out our full game review for PC as well.