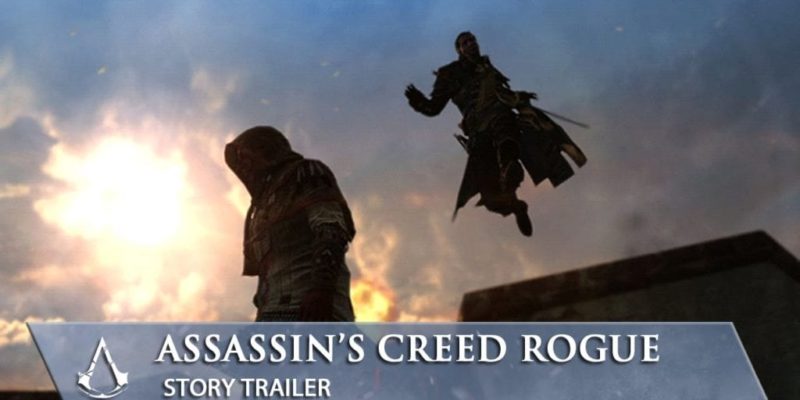 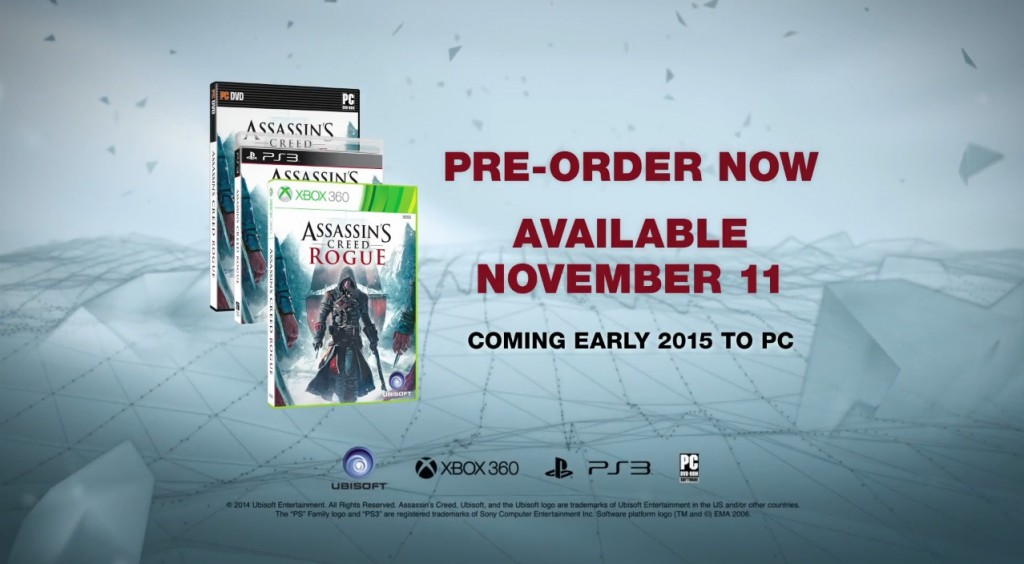 A story trailer has confirmed that Assassin’s Creed Rogue will be coming to PC, albeit not at the same time as it hits consoles.

A new trailer for the game has just been launched, and I watched it on a whim. Imagine my surprise when the end not only showed a piece of PC boxart, but a “Coming Early 2015 to PC” mention. It’s not a surprise that it is coming to PC (because pretty much every other Assassin’s Creed game has) but it’s a little bit of a surprise that the PC version is being confirmed now.

Assassin’s Creed Rogue puts players in the blood-stained boots of Shay Patrick Cormac, a disillusioned Assassin who joins the Templars after a mission goes catastrophically wrong. Rather than fighting against the nasty Templars you’ll be fighting with them and assassinating the Assassins.

Assassin’s Creed Rogue is a bit of a side-story rather than a full-fledged release (perhaps sensibly, since it’s due out right before Assassin’s Creed Unity) and it’s due to hit consoles on 11 November. We’ll likely be hearing more about the PC version early next year, but for now, you can get an idea of the story arc in the trailer below.