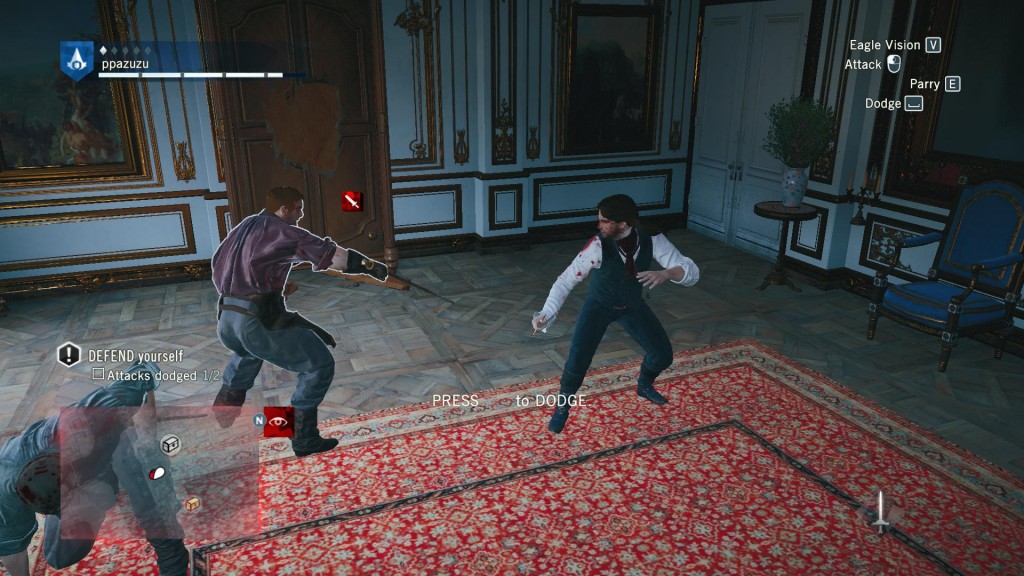 Will it fix the horrible lag on the parry timing in sword fights? Perhaps.

As “fixes” go this sounds similar to “oh, just press Alt-F4 to make all your dreams come true,” but apparently Assassin’s Creed: Unity is sometimes happier offline. If you’re experiencing rubbish frame-rates in Ubisoft’s latest stab-a-thon, disconnecting from the internet might actually help.

If it were just reddit threads suggesting this, I might be suspicious about some kind of graphical placebo effect taking place here; but the solution has also made its way to Ubisoft’s official Steam “known issues” thread as a workaround.

Before everybody gets excited about boosted frame-rates in Assassin’s Creed: Unity, this doesn’t seem to be working for all players. A few people have reported that it helps, but others suggest there’s no change. I tried it myself, and I’m in the latter camp.

If it really is working, you have to wonder what the hell uPlay is trying to do behind the scenes to affect frame-rates so severely that they’ll significantly improved when disconnected from the internet.

The internet trick isn’t the only suggestion in town. This Steam forums post from user G1SH recommends using the Nvidia control panel to apply things like AA, rather than Unity’s in-game options. Since I don’t know whether UK readers will be able to see that post (if Unity still isn’t on Steam in the UK,) I’ll recreate the important parts below:

“Ingame options, no vsync, 1080, 60hz, ultramegablabla textures and enviroments, AA off (you can and might want too turn on fxaa after checking the 3D settings in Nvidias..)”

I’m unable to confirm if any of that might help, but it could be worth a try? Likewise, AMD users might want to try using Catalyst Control Center or a program like RadeonPro in search of similar results.

Meanwhile, Ubisoft have launched an official blog specifically to talk about patch progress.