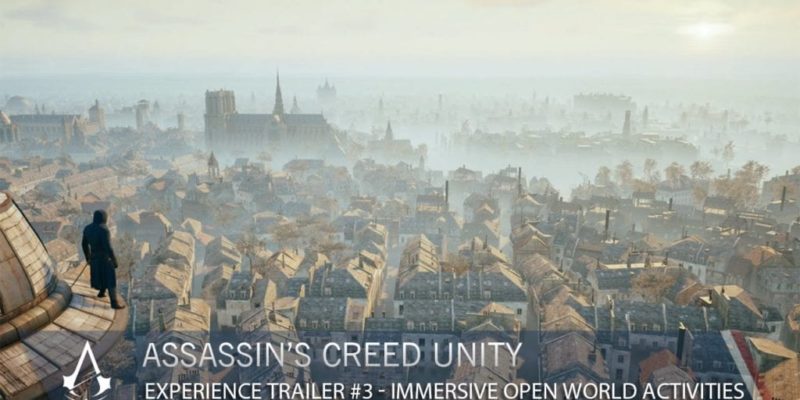 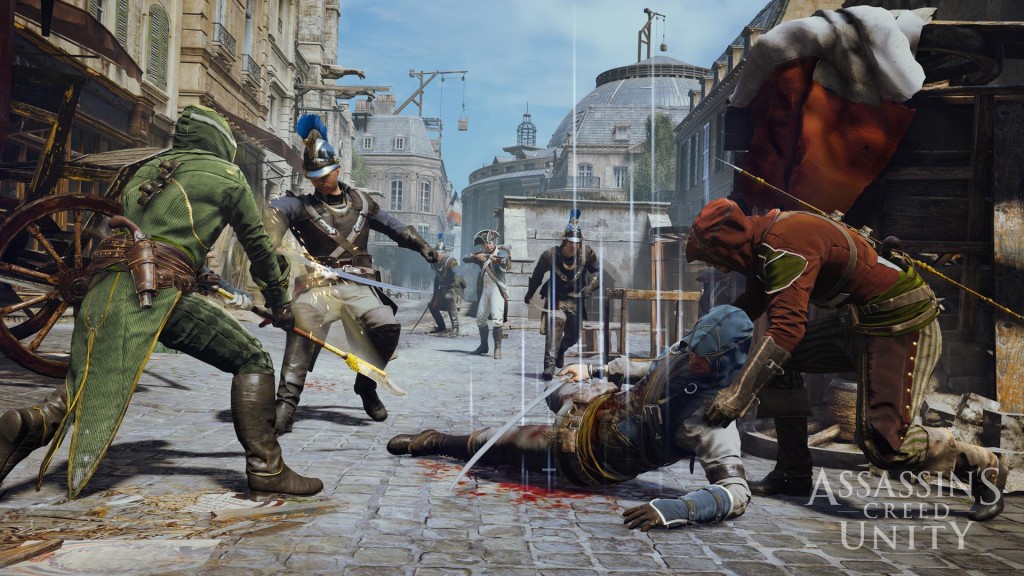 The latest Assassin’s Creed Unity trailer focuses on the game’s open world, and the sort of side-missions and activities you can embark on there.

For instance: there are murder mysteries, which offer unique rewards. There’s a revamped contracts system which now takes the form of “Paris Stories”, which are fully narrative side-missions that you can approach in multiple ways. There are treasure hunts taking you from the highest peaks of the cities to the catacombs beneath it. There are the co-op heist missions which offer randomised guards paths, layouts, and loot, and require a hefty focus on stealth for success.

There’s also the Cafe Theatre which probably deserves a paragraph of its own, as it’s pretty much Arno’s hub. This is where you can find social features, manage profiles and customisation, use it as a base for your Assassin activities, and embark on a bit of training.

Everyone still sounds unbelievably British, which is incredibly weird for a series which has generally tried to manage proper regional accents – particularly when you consider that Ubisoft Montreal is, y’know, in Montreal. But hey, maybe there’s some mysterious reason for that, or maybe there’ll be a French language option for those of us who fancy a bit of authenticity.

In case you missed it, we got a look at some tentative specs for Assassin’s Creed Unity today. Go have a gander at them here, and have a look at the trailer below.

Assassin’s Creed Unity is due out on 11 November.