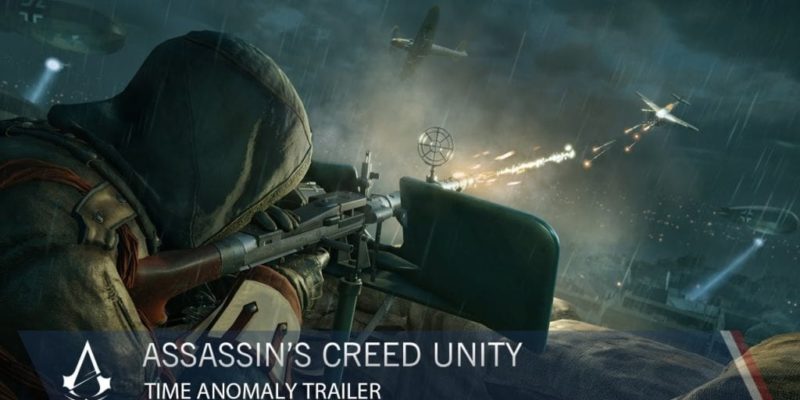 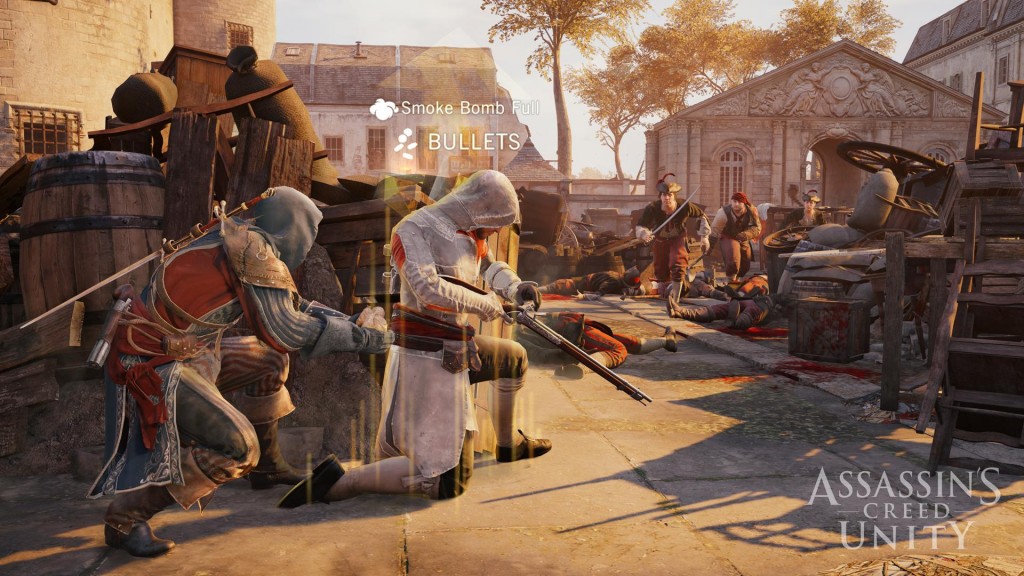 This artist’s impression depicts Ubisoft reloading so it can fire another shot at The Concept of Not Spoiling Everything In Trailers.

Trailer number 17,349 for Assassin’s Creed Unity shows off some surprises that I really wish I’d discovered for myself in the game.

The “Time Anomaly” trailer indicates that Assassin’s Creed Unity isn’t just set in the French Revolution. This 30 second video shows Arno sprinting through Paris as a voice warns him that the simulation is collapsing, and he might wind up in another time period. And then he narrowly dodges a train. And then there are zeppelins, and people shooting at him with machine guns, and… yeah. The mounted machine gun Arno winds up firing – plus the sound of air raid sirens – makes me think there might be a World War 2 segment, but who knows? I’m sure we will by the time the next trailer comes out.

All of this is actually really interesting, and means that Assassin’s Creed Unity could have a lot more going for it than we’ve seen! On the other hand, that would’ve been a hell of a surprise if we first saw it in the game and maybe not in a trailer.

The video is below. Assassin’s Creed Unity is out on… actually, why do you even care? I’m pretty sure we’ve seen everything it has to offer by now. I eagerly await trailer 17,350, which I’m going to guess shows the ending sequence. At the rate Ubisoft are putting these things out, I’m sure we’ll have it in a few hours.

Maybe it’s time for me to link to this again.

Far Cry 4 trailer outlines the factions and modes of PvP