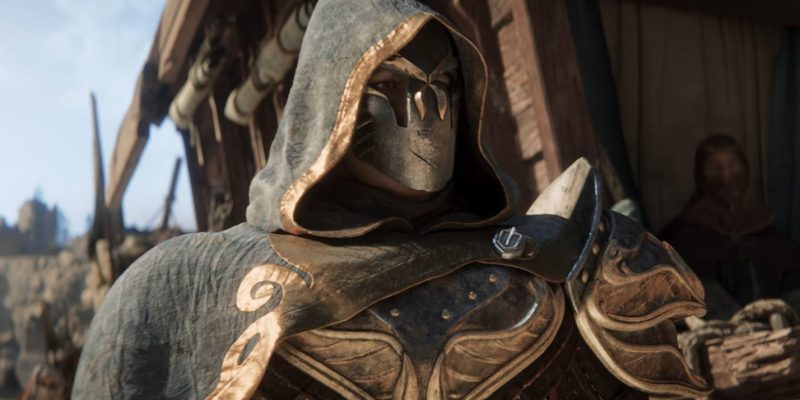 I can’t help but feel it’s at least a little ironic for Deck13 to show off its next game during the same show The Lords of the Fallen was revealed. The latter game is a reboot of Deck13’s action RPG Souls-like, but from a different studio. I’m sure it’s fine. Deck13, which also created The Surge, has plenty else to focus on. Atlas Fallen, its new game, was revealed in full today at Opening Night Live with a trailer bursting with action.

Well, it bursts with action after about the halfway point. Up to this, we’re introduced to the world of Atlas Fallen. In a post-apocalyptic landscape choked by sand, you hunt monsters with shape-altering weapons. Sand seems to hold a great power in Atlas Fallen, as seen in the trailer. Weapons are made from sand, which also grants the use of magical abilities. Anakin Skywalker would hate this game.

Sand also lends itself to your mobility. In the trailer, we see two characters gliding along the sands as easily as a surfer rides the waves. It kind of reminds me of the “skiing” mechanic from the Tribes series, but possibly much quicker. Our hero then uses an ability to leap into the air while forming a club made of sand, dropping it on the heads of two dog-like monsters. Action and mobility will be key features of the game, no doubt.

The sands of time

What isn’t entirely cleared up in the Atlas Fallen trailer is the game’s story. According to the game details, you hunt down monsters in a world “filled with ancient dangers, mysteries and fragments of the past.” So yes, I can’t say for sure what the game’s story will be. However, it won’t be out until 2023. Deck13 has plenty of time to delve into the narrative before the game is ready. The campaign will be playable either solo or co-op, so the second character in the trailer isn’t just for show.