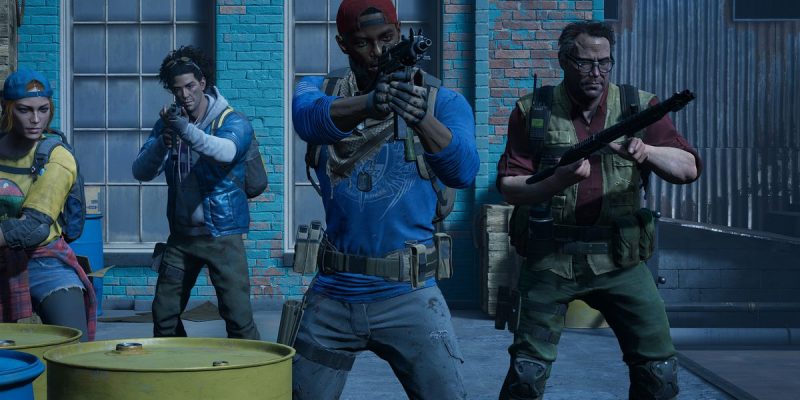 Today is a big day for those looking forward to the spiritual successor to Left 4 Dead. A huge trailer for Back 4 Blood dropped at the Xbox and Bethesda showcase today with lots of juicy information. The game releases on October 12. If you preorder, you can get into the beta starting on August 5. Not only that, you’ll be able to play Back 4 Blood on day one with Xbox Game Pass.

You can check out the full trailer below. We get to see a lot more of the core group of survivors that players will control during the game. We also get to see more of the zombies as well. After all, it wouldn’t be a true successor to Left 4  Dead if you couldn’t play as the brain-hungry shamblers as well.

We get to see some of the teamwork that players on both sides of the fight can use. In one particularly grizzly example, a zombie holds up a hapless survivor while another barfs acid on him. It without a doubt deals heavy damage, and perhaps some sort of poison damage as well.

Start getting your squad together

The human characters also get to show what they can do as well, using their heavy firepower and explosives to circle and surround the monsters. At the end of the trailer we also get to see a giant monster that looks more at home in Resident Evil than Left 4 Dead. It is unclear if this zombie kaiju will be playable, or perhaps just a obstacle both teams have to deal with.

Either way, everything we have seen from the game so far instills nothing but confidence in what the developers are doing. Turtle Rock Studios has clearly recaptured that spirit of multiplayer that made Left 4 Dead so beloved. Once again, Back 4 Blood releases on October 12 and will be available on day one via Xbox Game Pass for PC. If you’re interested in what you see, you can preorder on the game’s official website.