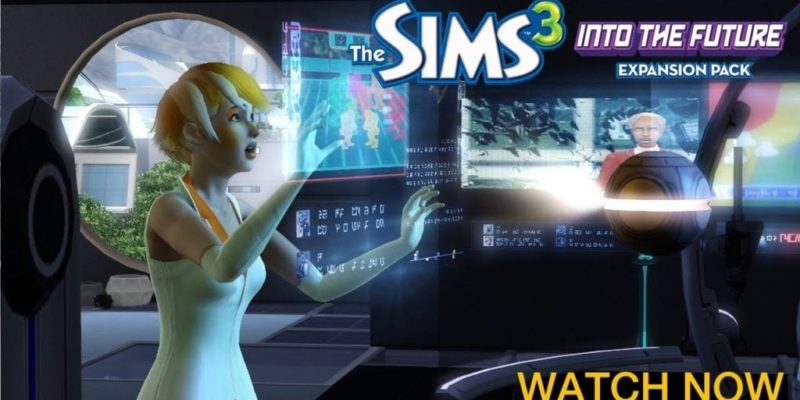 EA have announced the 79,042,397th digital product branded with The Sims: an expansion for The Sims 3 called Into the Future.

Into the Future lets you – can you guess? – take your Sims into the future. They can then live in HOUSES OF THE FUTURE, build ROBOTS OF THE FUTURE, enslave ROBOTS OF THE FUTURE, float about on hoverboards and jetpacks, and generally do all sorts of future-themed things. They can even get CAREERS OF THE FUTURE, like Plumbot Dealer (Plumbots being The Sims 3‘s equivalent of robots) or, uh, astronomer. No, I didn’t realise astronomy was futuristic either. I’m pretty sure Galileo wasn’t a time traveler.

What does make this sound a bit more interesting is that your Sims can meet their descendants (because everyone in the future lives in the same town as their ancestors), and actions taken in the present can and will impact the way the future plays out, with possible results ranging from “ultra-utopian society” to “world of chaos.” You can hop back and forth between the present and the future at will, so you can mess around in the present to change both your descendants and their lives in the future, and then head on back to see what’s changed.

No word yet on whether you can buy a copy of Greys Sporting Almanac and use it to make yourself a fortune, though.

EA have also announced the 79,042,398th digital product branded with The Sims, called Movie Stuff Pack, but as that’s a Stuff Pack I’m not really going to talk about that very much.

There’s a trailer and some screenshots for Into the Future below.

By A.K Rahming45 mins ago
News