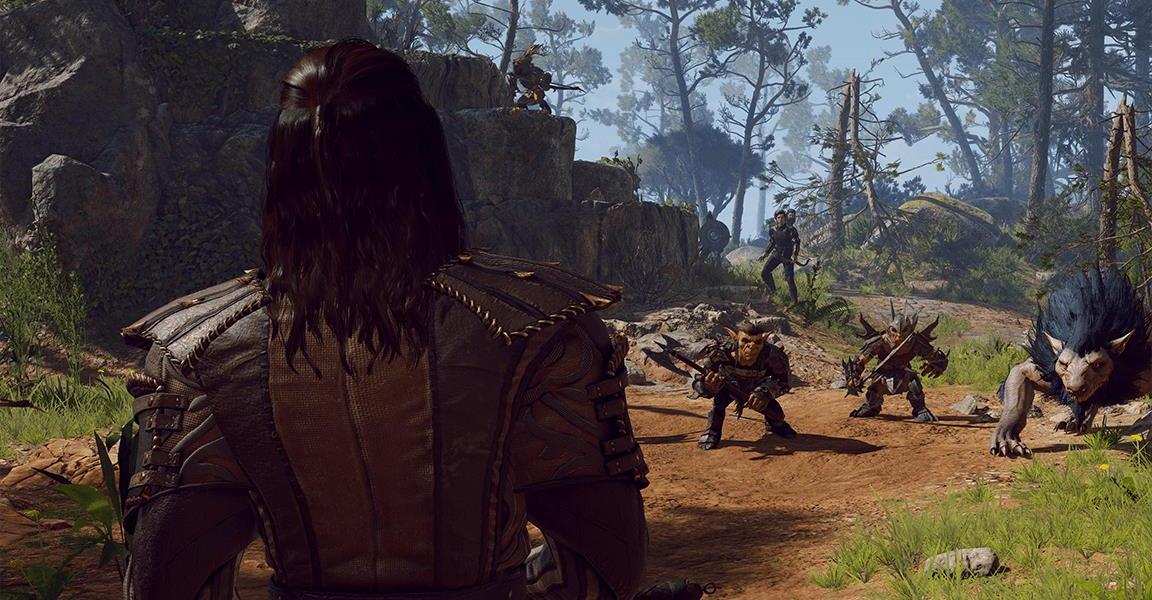 Your adventures in Baldur’s Gate 3 will eventually lead you to do battle with foes, and you’ll need to maximize the usage of your actions such as cantrips and spells. Here’s our Baldur’s Gate 3 combat guide to help you out.

Combat in Baldur’s Gate 3 plays like a turn-based affair. If you’ve played CRPGs in general, then you’ll be familiar with the “turn order” concept already. Think of it in the simplest terms as “the one with the highest initiative gets to act earlier.”

Initiative is governed by the Dexterity (DEX) stat, so classes that are expected to allocate a lot of points into this — i.e., Rogues and Rangers — tend to be speedy warriors. Of course, other classes could add a few points into DEX so they can act earlier than others. There are three things a character can do during their combat turn in Baldur’s Gate 3: movement, actions, and bonus actions. You can move characters around by highlighting a tile on the tactical map. Apart from any buffs, movement distance is dependent on the character race you chose.

If you move through hazards, the path will turn red signifying that you’re going to take damage. If you move through an enemy’s zone of control, this will trigger an “attack of opportunity” — the creature can strike you even when it’s not taking its turn yet. You can also trigger this in case it’s a hostile that wants to move away or past your characters.

Note: If characters can do an attack of opportunity outside their turn, the reaction icon will glow. Regarding actions, these are basically your attacks and whatnot in Baldur’s Gate 3. Each character’s turn, you’re allowed to commit to one action. You can see an example in the image below showing the action bar of my Warlock character. The ones I highlighted in red are actions. Meanwhile, the ones highlighted in blue are called “bonus actions.” Bonus actions still count as attacks (or even spells and item usage). The difference is that you’re allowed to take a bonus action in addition to any regular action. For instance, you could choose to move towards an opponent to use Slash. Then, you could pop a Potion of Healing since its usage is a bonus action. Let’s delve a bit further regarding Baldur’s Gate 3‘s combat system. We’ll talk about how all these mechanics apply in one simple encounter during the game’s first chapter. I have control of my Warlock main character and a companion, Shadowheart. My party is up against three Intellect Devourers (those brain thingies that scurry around).

I opened up by using Hex on one of them. Hex, a spell, is considered a bonus action. If I use it now, I won’t be able to use it again in battle unless that spell slot is refreshed — usually for most spells or special attacks, refreshing requires a bit of rest. However, Hex does confer decent extra damage if I attack the same target. So, after afflicting a target with Hex, I can use Eldritch Blast (an action) which means I can use it on the same turn. Even better, Eldritch Blast is known as a “cantrip.” Cantrips are also spells except that they’re automatically prepped and they can be cast freely. You can keep using cantrips each turn. Isn’t that amazing? As for my companion, Shadowheart, she’s a Cleric. She’s got healing spells and radiant damage spells. Likewise, if you want her to do battle in melee often, you can use the environment to your advantage.

One example is by using the “Dip” bonus action. This lets characters coat their weapon using various environmental effects such as flames. Shadowheart/Clerics can have a spell like Healing Word which counts as a bonus action. That can be used alongside Sacred Flame, a cantrip that counts as an action. Again, looking at the tooltips and definitions of your abilities in Baldur’s Gate 3 helps you strategize accordingly.

Note: Regarding the damage coefficients and rolls, we discussed this in our beginner’s guide. The gist is that seeing something like “1d10” simply means that each attack has a one-time chance to roll damage from a minimum of one to a maximum value of 10. It’s just the Dungeons & Dragons way of writing down “deals 1-10 damage.” Let’s say you’ve met your match and one of your party members has been downed (zero HP). Each turn, they’ll make a “death save.” A die is rolled and the downed character has to have three successful saves which means they can be helped up. If in case they have three failures, they’ll end up dead. You might need to resort to other means such as a Scroll of Revivify (or a Wizard that has learned that spell), or the Hooden Skeleton NPC in your camp if you want to bring them back to life.

Of course, before the possibility of three failed death saves occurs, surviving characters could use the “Help” action to aid the downed party member. The Help action can also be used to remove negative status effects such as prone, sleep, ensnared, or enwebbed. The Survivalists review — Too much monkey business