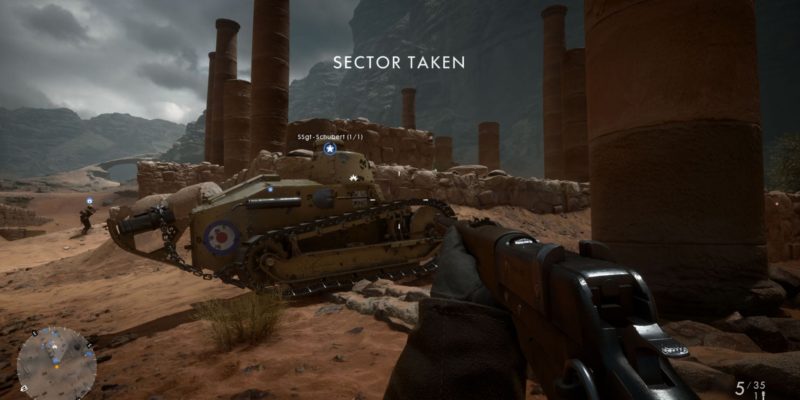 Nice day to take in the sights of the temples.

As well as given people a summary of lessons learned from the beta, DICE have published the PC system requirements for Battlefield 1. Both Minimum and Recommended specs have been revealed, as is tradition.

The Minimum system requirements are actually the same (save for 10GB additional hard-drive space) as those needed to run the recent open beta, which largely makes sense. Therefore, if you were able to run the Battlefield 1 beta to a reasonable standard, it seems like you can expect similar performance from the full release.

Recommended specs are somewhat higher. Unfortunately, neither set of requirements offers a suggestion of what to expect performance-wise (is ‘Recommended’ for 1080/60 on Ultra, for example?) but that’s still a relative rarity with these things.