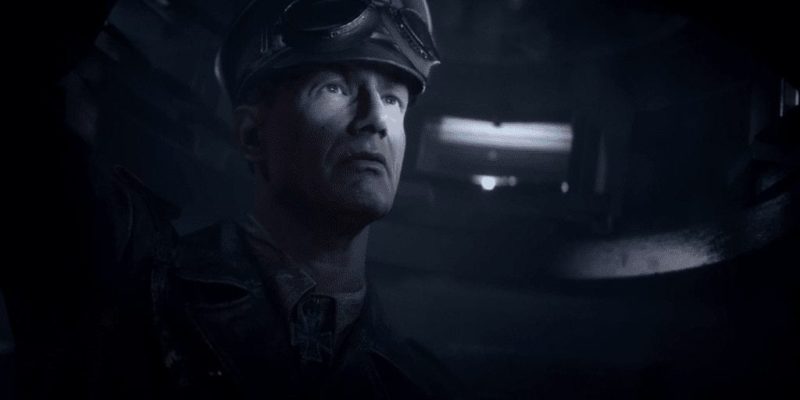 For those who’ve yet to try out Battlefield V, an update dropped earlier this month which added a slew of new content. Tides of War, which is akin to seasonal progression (although divided up into weeks) kicked off. The same goes for the Practice Range which allows you to test your weapons. However, one of the additions I looked forward to the most since I started playing the game was “The Last Tiger” mission. It caps off the War Stories campaign brilliantly as you play a German tank commander. I would go so far as to state that it’s how the rest of the single-player campaign should’ve been.

Please note that this article will contain spoilers for the mission. I’ve also included a video clip from the YouTube channel Generic Gaming for those who’d like to watch the cutscenes.

To give you a brief background why I feel this way, I’d have to point you to my review of Battlefield V back in November. While the game was incomplete, I felt that the multiplayer aspect kept me on my toes and reinvigorated my interest in the Battlefield franchise. As for the War Stories single-player campaign, one could definitely say that the visual presentation and detail made it one of the most stunning experiences in an FPS. The only downside was that things took a turn to become totally unrealistic.

I’m not even bothered at all that EA DICE included women in Battlefield V. After all, once the shooting starts, you’d hardly be bothered by the gender of any teammate or target surrounding you. The unrealistic part happens given that you suddenly turn into a one-man (or woman) wrecking crew. In “Under No Flag,” you’re supposed to believe that a young criminal and whiny British goofball managed to annihilate an entire German brigade. It gets even worse in “Nordlys.” In spite of the breathtaking Norwegian backdrop, you end up playing as a girl who teams up with her mom to save the world from Nazi Germany’s atomic ambitions. That mission could’ve had a boy and his dad as the protagonists and I still wouldn’t believe it.

Battlefield V’s War Stories could’ve had moments of introspection and poignancy, as evidenced by the intro that was supposed to set the tone. Instead, it had two rudimentary missions that bordered on fantastical, Michael Bay-esque bravado which the third mission — “Tirailleur” — could hardly save. Everything felt as though you’re not a regular soldier; you’re more like Rambo. Thankfully, we have “The Last Tiger.” 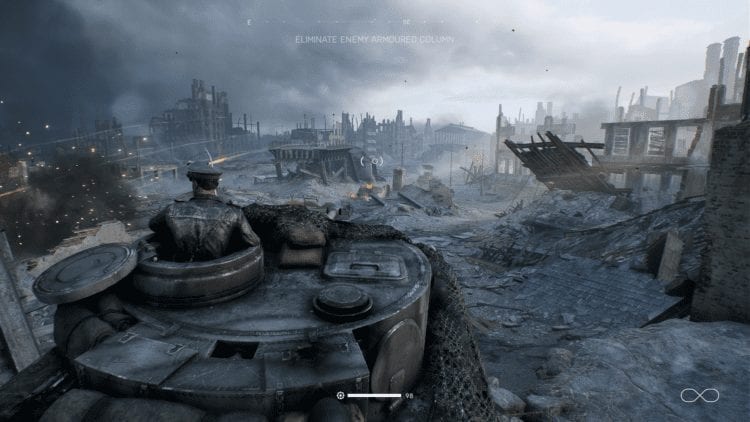 The Last Tiger mission follows Peter Müller and the crew of Tiger Tank 237, codenamed “Stefan.” It’s 1945 and World War II is drawing to a close. Nazi Germany is on the ropes and the combined assault of the Western Allies and the Soviets tighten the noose around the defenders. Müller needs to follow orders to stave off the Allied offensive, a daunting task owing to insurmountable odds. The commander is joined by a tank driver (Kertz), gunner (Schröder), and munitions (Hartmann). Each crew member has wildly different traits:

The four personify the disparate elements of the German military and society of the time. Some clung on to one last gasp of victory. Others knew it was already too late, and there would be hell to pay.

You follow these four men in their panzer as the city of Cologne crumbles before you, with explosions ringing around, and the Allied war machine at your heels. Along the way, you get a sense of desperation and defeat in the actions and words of these soldiers. 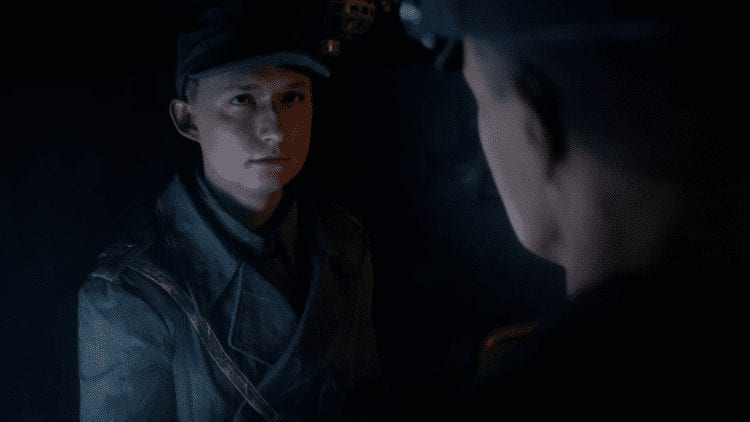 Hartmann is the first to go. Already shell-shocked and afraid of the fighting, he scouted ahead for the panzer. Hartmann is subsequently captured and hanged as a deserter much to Müller’s chagrin. Things later come to a head when the panzer reaches the last bridge back to the German safe zone. They are left stranded with no recourse but to escape or surrender. Kertz attempts to escape but Schröder shoots him for deserting. Müller, too, feels for this loss. He attempts to surrender as Allied soldiers advance. Gunshots ring as the screen fades to black leaving Müller’s fate a mystery.

The Last Tiger also delves into some controversial underpinnings. We get to see Hartmann who’s definitely conscripted as part of the Volkssturm people’s militia during the last year of the war. Thousands of inexperienced teens and woeful elderly were sent to their deaths trying to defend Germany.

Schröder toes the Nazi party line, completely warped in fascist ideology, clueless of what these words and actions entail. The fact that you’re playing as the “enemy force” in a campaign, while showing a Hitler Youth as one of the featured characters, shows that Battlefield has matured in terms of storytelling.

Müller’s resolute facade slowly gives way to the realization that the war would not be won. There would be no dignified surrender, for there is no dignity in their actions. In the end, he realizes that they have all been lied to by a brutal regime, much like what Kertz was saying before he was gunned down. Kertz’s last words were impactful: 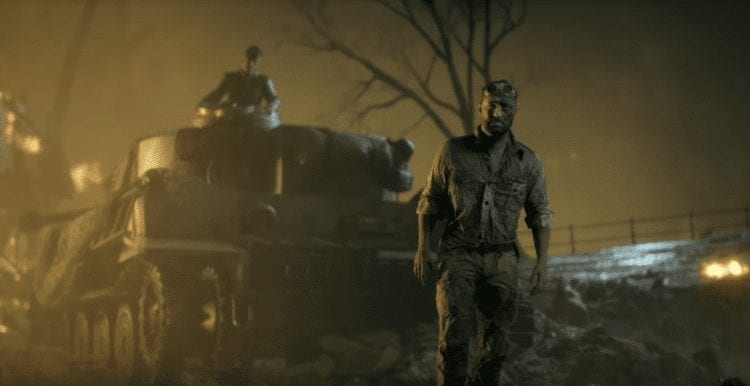 The Myth Of The “Clean” Wehrmacht

The Last Tiger isn’t perfect. Still, I noticed odd bugs such as Müller seemingly made of jello at times with his head lolling around as the tank moved. I also encountered a crash and a glitch. One of those was when my Tiger tank turned upside down and got stuck in the ground. Still, these issues were negligible compared to the arc of the story.

The greatest strength of The Last Tiger is weaving together a tight narrative with an emotional cornerstone. You get a sense of tragedy and loss, despair and hatred, honor lost and honor gained — while playing as the great enemy of World War II. Kertz’s words and Müller’s dawning realization helped punctuate the tale of Germany’s last days in the Second World War.

One could say that it alludes to the myth of the “clean” Wehrmacht. It was the notion that the German armed forces were simply following orders. They were not complicit to the war crimes perpetrated by the Nazis and the SS. Officers tried to distance themselves from the Nazis hoping to curry favor with the Western Allies. The Allies even helped espouse this false belief given all the technology and expertise they had gained from the vanquished. There was also the fact that West Germany had to become a post-war bastion against Communism, hence why a hasty road to recovery and assimilation had to be made.

Make no mistake, the Wehrmacht were complicit in the atrocities of the regime. Müller himself repeats the phrase “following orders” a few times during the mission. In a way, Müller almost seems like a stand-in for tank generals like Erwin Rommel and Heinz Guderian. Both earned respect from the Allies in spite of playing key roles in Nazi Germany’s war effort.

As mentioned, The Last Tiger exhibits that EA DICE’s storytelling and presentation capabilities have matured given how it deals with a controversial scenario. As a History Nerd, I can appreciate that Battlefield V shed some light into the darker side of World War II. It truly encapsulates what makes for a campaign that has gravitas and weight. It’s just unfortunate that the earlier missions could not even come close.

By A.K Rahming8 hours ago
Features