Earlier today, Slitherine and Black Lab’s new space tactics title Battlestar Galactica Deadlock got its first gameplay reveal. In order to find out a bit more about the game, we sent over some questions about mechanics, lore, and the ongoing beta to Black Lab Games themselves. Here’s the additional information we were able to uncover.

PC Invasion: Black Lab are known for the real-time space strategy title Star Hammer. Battlestar Galactica Deadlock sounds like it will be along similar lines, mechanically. For those who didn’t play SH, can you talk a bit about how Deadlock will play?

Black Lab Games: Battlestar Galactica Deadlock is a WEGO strategy game, set during the early years of the Cylon War. As the commander of the Colonial Fleet, players will engage in explosive tactical space combat against the Cylons. WEGO means that both opponents plan their moves at the same time, then when ready, click a button and watch the outcome in pausable real-time. As well as the battles, players will also manage the entire fleet, building ships, recruiting captains and unlocking new technology.

PCI: For those who did play Star Hammer, are there any major differences (besides setting of course) in the BSG  Deadlock gameplay?

BLG: Yes, certainly. Whilst both games have space combat as a big part of the experience, the tactical options for attack and defence have been greatly changed and expanded. Players will have to defend against Cylon hacking attacks and Centurion boarding parties, whilst managing onboard subsystems, such as fire control and hangar bays. Outside of the battles, the fleet needs to be strategically deployed to protect the Twelve Colonies. 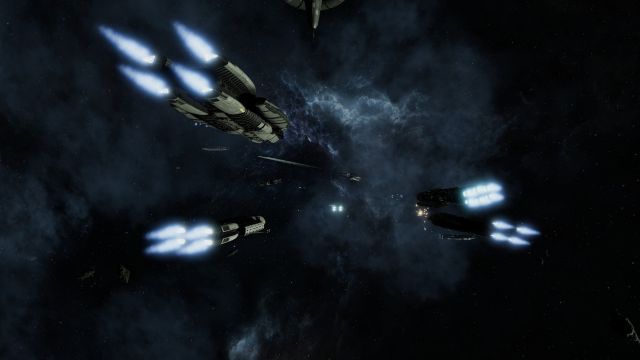 PCI: How will missions be structured in the game? Are there any decisions to be made on a strategic galaxy map, or is it a more linear progression?

BLG: There are a number of narrative-driven missions, giving the game its main structure and plot. There are also generated missions, meaning each playthrough will be slightly different. We like to think of it as a strategic sandbox with strong narrative elements. At the strategic level, a key challenge will be to keep the Quorum of Twelve stable and functional.

PCI: How will the narrative aspect unfold throughout Deadlock?

BLG: The whole narrative aspect of the game is still under wrap. We are willing for players to discover the plot while playing the game, so it’s hard to give something away without telling too much. Suffice to say that we are confident we have a created a storyline the fans will totally fall in love with.

PCI: There’s been a bit of speculation as to whether the ‘Rear-Admiral Lucinda Cain’ mentioned in the initial Deadlock announcement is going to be any relation to Admiral Helena Cain from the 2004 series. Can you talk about that, or any other returning/related characters?

BLG: That’s something you will have to find out on your own!

PCI: The announcement mentioned some brand new ships that have been designed just for this game. Can you share anything about what these might be or the role they have in the fleet?

BLG: Many of the ships in the TV series are civilian, which doesn’t make for very interesting combat. As well as the well-known designs, such as the Jupiter-class (Galactica), Vipers and Raptors,  we’ve designed a roster of combat ships that each have a main function, meaning that players can compose fleets to match their strategy and play style.

PCI: Multiplayer has been announced as a 1vs1 mode. Will this use Slitherine’s asynchronous multiplayer “play by email” style system? And will players be able to control the Cylons in this mode?

PCI: Battlestar Galactica Deadlock is coming to consoles as well as PC. Have you developed different user interfaces for keyboard/mouse and gamepads, or accommodated both within one system?

BLG: We’ve developed two different interfaces. It’s more work, but it makes a much better play experience for everyone to have an interface that is designed for the control system on the device. 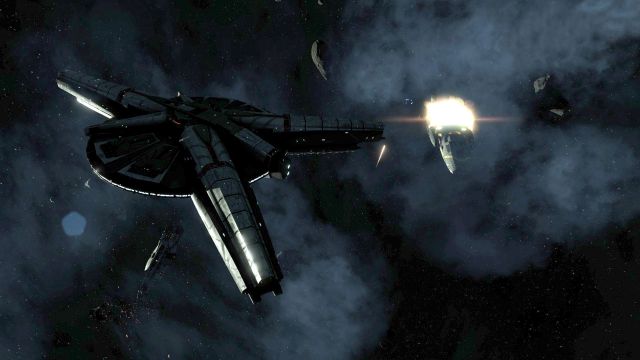 PCI: For those curious about the game who want to sign up for the Battlestar Galactica Deadlock Beta, can you say what will that Beta will entail (single player, multiplayer etc)? Also, is there a scheduled window for that Beta?

BLG: The beta has everything we are planning to the initial release of the game, so yes, single player and multiplayer. We’ll be running the beta until just before release.

PCI: In terms of the final release date, can you expand on what “summer” 2017 means? Are we talking July/August?

BLG: We are currently looking at the end of the summer, with no defined date right now as we are progressing the beta phase and collecting all players’ feedback to implement new features and balance gameplay.

Battlestar Galactica Deadlock will be released later this summer.