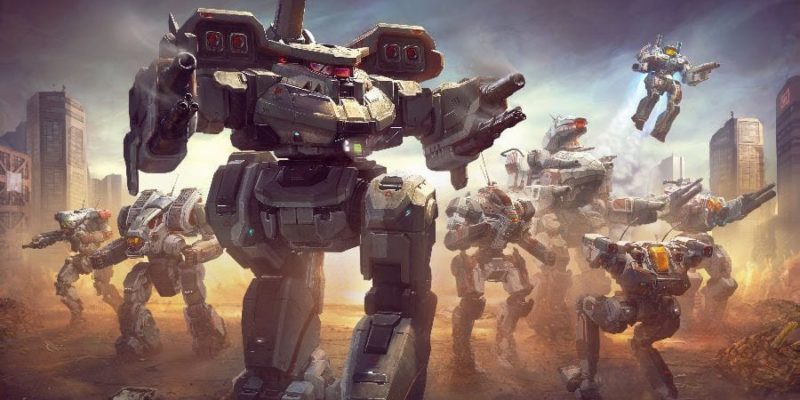 Arm your weapons and prep your jump jets, MechWarriors. At PDXCON, Paradox Interactive and Harebrained Schemes announced Heavy Metal, an expansion to BattleTech. It will release on November 21. BattleTech: Heavy Metal is going to add plenty of new content to get you back into the pilot’s seat, including new BattleMechs, new weapons, and a new mini-campaign.

Seven classic BattleMechs will make their way into the expansion. There’s also a brand new ‘Mech exclusively designed for Heavy Metal. Each of these machines will come with unique flavor and equipment. We don’t know what ‘Mechs we’ll be seeing, but based on the title of the expansion, it’s safe to say that there will be some serious tonnage involved. Maybe we will have some fan favorites return, like the Timber Wolf/Mad Cat, if the new campaign jumps forward in time a bit.

And how will you be destroying those pesky enemy ‘Mechs, you ask? With all the wonderful new weapons that Heavy Metal is bringing into the game. Eight weapon systems will now be available for installation on your BattleMechs. One of these is the ‘Mech Mortar, the first AOE weapon in BattleTech. It sounds perfect for destroying clumped up enemies from range.

Expect light ‘Mechs to receive a buff as well. One new weapon is the COIL Beam. It features a unique damage mechanism — the further that your ‘Mech travels before firing, the more damage output the Coil Beam has. It sounds perfect for hit-run-tactics. The weapons sound exciting and different from your standard lasers and rockets. And while the new ‘Mechs and weapons will bring more diversity to the gameplay, be careful: you’ll be facing them as well.

Heavy Metal will also add a new Flashpoint mini-campaign. A derelict ship carrying a mysterious payload has been found drifting in space. It sounds like the campaign will feature a race to unlock its contents before someone else gets their hands on it. You’ll also be facing off against two legendary enemies, the Bounty Hunter and the Black Widow of Wolf’s Dragoons. According to Mitch Gitelman, BattleTech game director, they are “two of the most legendary MechWarriors in BattleTech history.”

Heavy Metal is included in the BattleTech – Season Pass. You can pick Heavy Metal up for $19.99 USD, or nab the season pass and all of the previous DLC (including Heavy Metal) for $49.99 USD over on Steam or the Paradox Store.

PC Invasion gave BattleTech a 9 out of 10 back in 2018, so now is a good a time as any to get in on the colossal robot action.