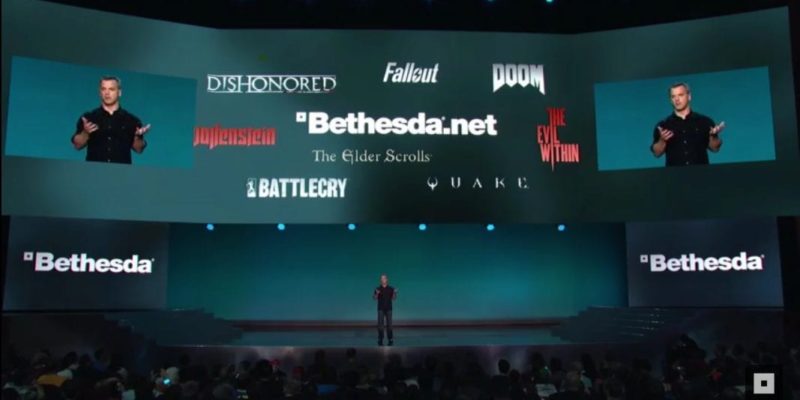 After showing an awful lot of Doom footage (which we’ll have up shortly,) including an in-built, map-making tool, Bethesda announced that they’ll be consolidating how they host and share various mod creations.

The new site Bethesda.net (a bit sparse at the moment, as you can imagine,) sounds like it’ll be the central hub for Bethesda mods, updates and the like. Though presumably you may still have to get your more … adult-oriented mods … from elsewhere.

Anyway, Pete Hines called it, “the heart of all our games going forwards,” and suggested all the existing game sites would be incorporated under this central hub.