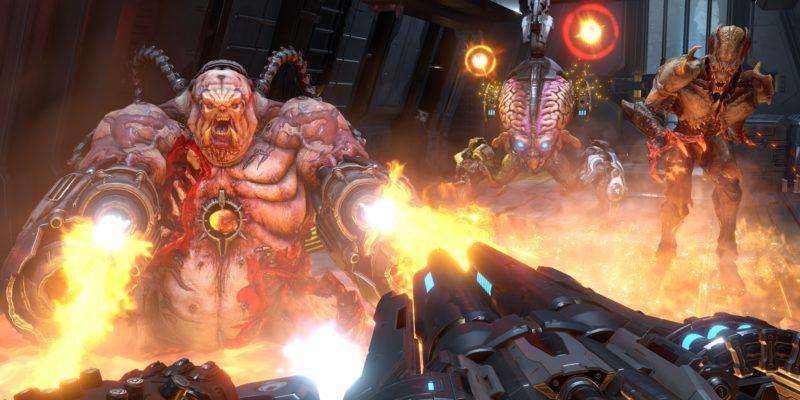 Nvidia GeForce Now was already facing an uphill struggle when Activision removed its games from the potentially growing cloud service. But now another big publisher, Bethesda, has decided to pull out, and users are becoming concerned.

In a new announcement, Nvidia confirmed that Bethesda has removed its games from the service. In fact, the only title from their library that will remain playable is Wolfenstein: Youngblood. (It also reiterated that Founders members will still be able to enjoy it with RTX On.)

Sadly, Nvidia did not provide an explanation for this, saying only that Bethesda was mostly departing from the service. However, there are indications that it was facing a similar issue that it had with Activision when it came to licensing.

GeForce Now had previously entered beta with several Activision-Blizzard titles. However, now that it’s gone live for $5 a month, that publisher was apparently unhappy that it didn’t get a slice of that pie. There’s a possibility that Bethesda might just feel the same way, though no comment was made on the matter.

There was also a problem with being able to purchase games elsewhere and play them on GeForce Now, including Steam. This could hurt potential sales of a title, even if they do manage to sell on another platform.

Now, Nvidia did try to fan the flames a bit with a blog post yesterday, explaining the matter at hand. It noted that “this trial is an important transitional period where gamers, developers and publishers can try the premium experience with minimal commitment.” However, it also made note that “some publishers may choose to remove games before the trial period ends.” They “maintain control over their content and decide” whether the game stays put.

However, Nvidia also said these removals would be “few and far between.” Now players are wondering if that’s actually the case.

Alas, this means no Doom Eternal for GeForce Now when it launches on PC next month. Some users may feel sore about that, and it could lead to questions about the service’s future. We’ll see if either company has anything to say over the next few days.