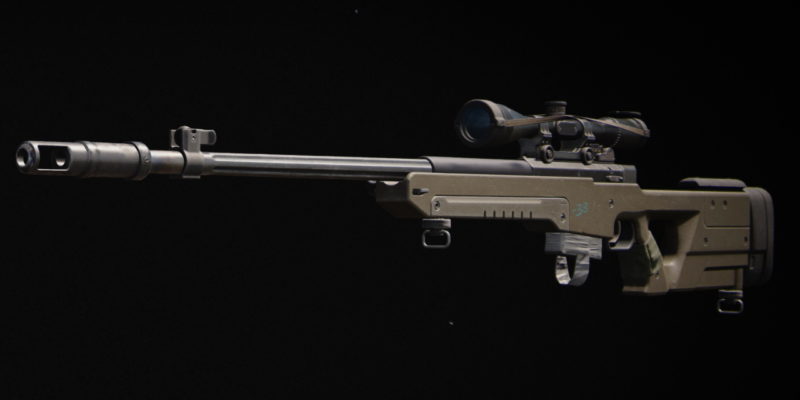 When it comes to snipers, none are more iconic than the Arctic Warfare rifles. Be it the MK. 13, AWP, or AWM, just about any first-person shooter fan should recognize its signature shape at a glance. And given the latest Call of Duty‘s Cold War setting, it wouldn’t feel right if we didn’t have at least one version present. In the case of Black Ops Cold War, it’s the LW3 – Tundra, better known by its real-life counterpart, the L96A1.

The LW3 – Tundra is the Black Ops Cold War heavy-hitting sniper rifle similar to that of Modern Warfare‘s HDR. It sacrifices weapon handling for superior damage and slightly faster bullet velocity. More specifically, the LW3 is the only sniper in Cold War that can one shot to the head, chest, and shoulders. This makes killing people facing sideways much easier than the faster handling Pellington 703. The trade-off is that the LW3 takes an extra 100 ms to fully scope in making it harder to use up close.

As with every sniper, we don’t need more than five attachments to make the LW3 competitive. Due to this Perk Greed is by far your best choice as it gives you the option to run six perks rather than just three. I personally opt for Flak Jacket, Forward Intel, Assassin, Gearhead, Ghost, and Spycraft. Given that you’re likely not going to be sprinting around that often, I don’t think Ninja is that important. I prefer Spycraft as it makes you immune to counter spy planes, keeping your minimap clear at all times. This might be the only time I think Spycraft is worth using in Black Ops Cold War.

Unlike most other builds the LW3 doesn’t overly rely on high-level attachments. This is great as it means you can get a surprisingly competitive build early on. Case in point, for your muzzle attachment I’d recommend the Stabilizer .308 unlocked at just weapon level 3. This improves idle sway control by 14% with no side effects. Most of the other muzzle attachments hurt your aim down sights speed and given how slow the LW3 is stock, you can’t afford to make it any slower. 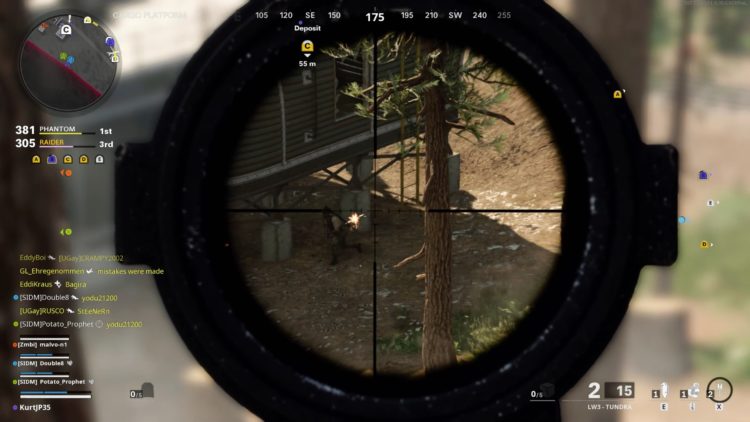 Similarly, most of the high-level barrels aren’t worth your time. The one exception is the 28.2″ Tiger Team barrel, but I personally don’t like it for one big reason. It reduces your clip capacity from five shots to just four. This effectively forces you to use a bulky magazine attachment which slows your aim down sights speed. Instead, I tend to just stick with the first barrel unlock you receive, the 28.2″ Extended. It increases your bullet velocity by 25% up to 688 meters per second. This is fast enough that hitting distant targets isn’t too hard but it will still require you to lead shots on most moving targets.

The SOF Target Designator is always a good choice on any sniper rifle. It makes it so that enemies will have a dot appear above their head when you aim over them. This is great for spotting enemies head glitching or hiding in dense cover. Also, thanks to the less punishing sniper glint mechanic in Black Ops Cold War, you can stay scoped in without giving your position away. 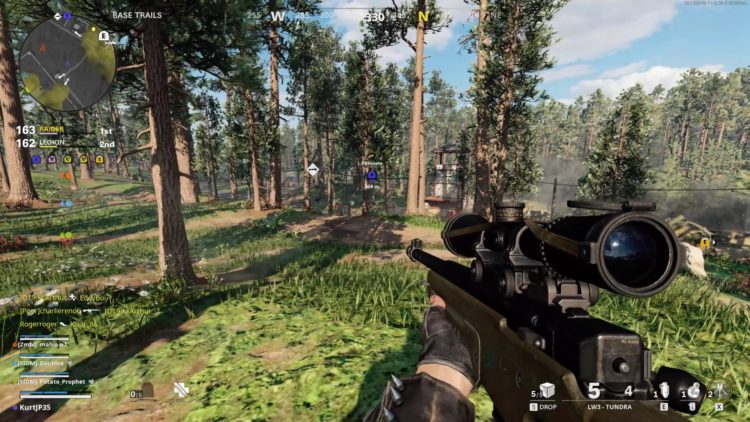 For the magazine, we are using yet another low-level attachment. The Fast Mag speeds up your reload time to around 1.7 seconds. This is slightly faster than the in-game statistics would have you believe. For a high caliber sniper rifle with five shots, this is actually pretty fast. If you opted for the 28.2″ Tiger Team Barrel instead of the 28.2″ Extended, I’d recommend choosing the standard 7 round magazine. Even after the Tiger Team Barrel’s penalty is applied, you still have a six-round magazine, which is far easier to use than the four you’d otherwise be stuck with.

Finally, there is one high-level attachment that is needed to make this build optimal. The Airborne Elastic Wrap is one of the final unlocks for the LW3 and arguably its best attachment. This handle reduces your aim down sights time by 78 ms, which is a 12% improvement. Unlike most weapons, the 90% flinch reduction is noticeable too, since snipers can flinch off-target if you get hit before firing. Every other handle attachment that benefits aim down sights speed should be used as soon as you unlock them too. Being able to aim faster is the best upgrade you can make to any sniper rifle.

Where to find the powerful exotic weapons in Fortnite Season 5