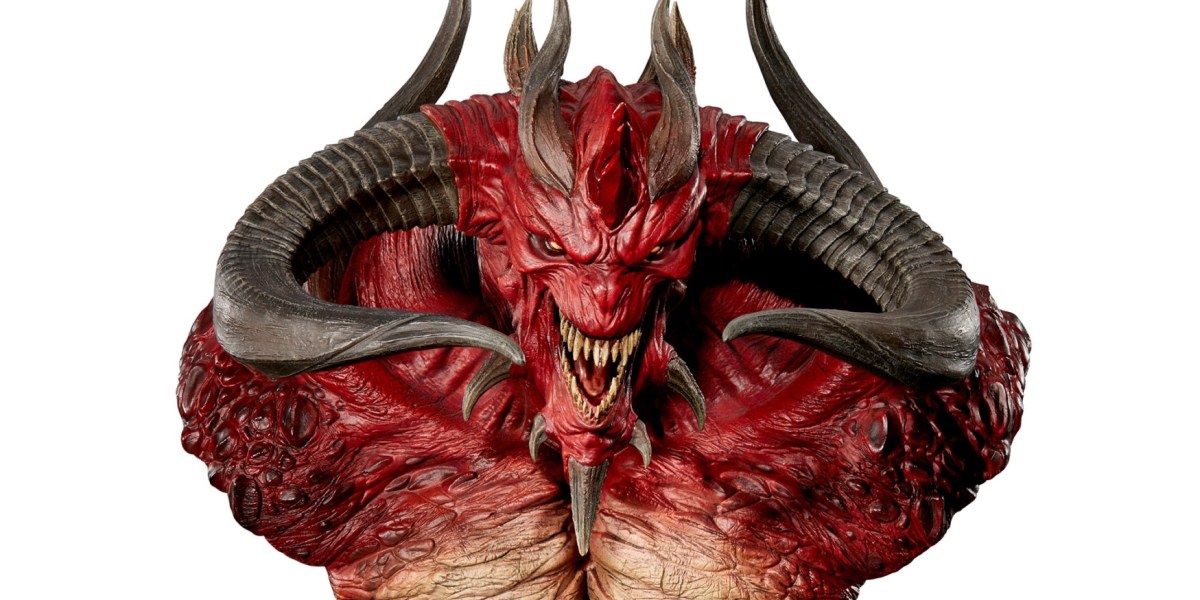 Diablo II is 20 years old today, which means our little tyke is nearly drinking age. Blizzard is celebrating the memory of its best Diablo game with some developer retrospectives, downloadable wings in Diablo III, and an expensive Diablo bust. That’s right, you too can soon own the upper half of the Lord of Terror to freak out your cat. Just keep it away from fire. The bust, not the cat. Actually, maybe both.

Blizzard began with some cozy retrospectives from its current Diablo team. Oddly enough, Blizzard didn’t seem to get any thoughts from the original team behind Diablo II. Instead, the head of the franchise Rod Fergusson, and a designer and producer wrote briefly on the classic action RPG. They share stories of experiencing the game for the first time during their youth 20 years ago, and how it led them on the path toward working on a Diablo game themselves.

Of course, the celebration isn’t just for the people who didn’t make Diablo II. Blizzard is also offering a new set of wings for your Diablo III characters. That is, if you’re still playing the game. If you are, you can also rock these butt-ugly wings and remember when you played a Diablo game that was beloved when it released. They’re called Prime Evil Wings, and they look like gnarly wooden tentacles.

You can pre-order a 10-inch bust of Diablo starting today. It’s going for a hefty $139.99 USD, with a shipping date not later than January next year. The Blizzard Gear Store page for the bust contains multiple images of it, showing off some nice details of a happy-looking Prime Evil. They should give you a good idea of where you’d like to place the bust, so long as it isn’t near an open flame — ironically. This isn’t the first bust Blizzard put up for sale. Late last year the developer put a $499.99 USD Lilith statue on the market, which should be shipping out by the end of July.

There’s more Diablo II fun in the works today. Blizzard shared a link to an animated video by YouTuber Carbot Studios. Twitch broadcaster MrLlamaSC is spending the day speedrunning the game. If you’re feeling nostalgic, you can watch the game being played but on fast-forward.