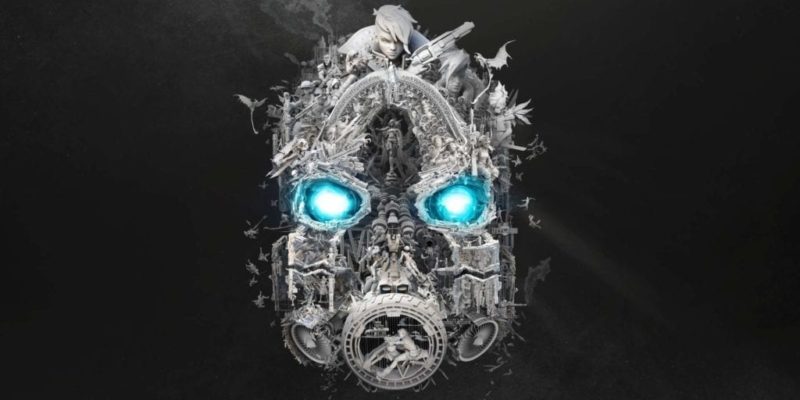 Gearbox Software and 2K Games officially released a Borderlands teaser trailer today, one day ahead of a full reveal at their PAX East panel.

The trailer takes viewers through a virtual “Mask of Mayhem” sculpture, comprised of smaller sculptures that tease upcoming villains and possibly a new group of Vault Hunters. They’re followed by returning characters, including some of the original playable characters from the first game and NPCs such as Sir Hammerlock from Borderlands 2.  It then concludes with the message “Mayhem is Coming.”

All signs seem to indicate that Gearbox will officially announce Borderlands 3 tomorrow, but that’s not guaranteed. Although Gearbox confirmed that it was working on the sequel at its 2016 PAX panel, there hasn’t been much talk about it since. There is some likelihood that the new announcement is simply related to the Borderlands franchise with another spin-off game like The Pre-Sequel or Tales From the Borderlands. But given the clues provided in the teaser, Borderlands 3 seems like the likeliest announcement.

Almost seven years have passed since Borderlands 2 released, and five since The Pre-Sequel. If Borderlands 3 is announced, there’s a possibility that it won’t take place on the planet Pandora, at least not completely, even though the trailer shows off some familiar creatures and enemies. Borderlands 2 concluded with a little teaser itself, indicating that there are plenty of vaults to discover throughout the galaxy.

If Borderlands 3 is announced, then it’s possible that it will launch later this year. During a March 2017 earnings call, publisher Take-Two Interactive reportedly said that its fiscal 2019 outlook would include a “highly anticipated new title from one of 2K’s biggest franchises.” There are plenty of franchises that fit that description, including BioShock and XCOM, but we’ll put our bets on Borderlands.

We’ll find out for certain soon enough when Gearbox presents its panel at PAX East. The panel and subsequent announcement will be livestreamed on the Borderlands website on March 28, at 2:00 pm EST / 11:00 am PST.

How To Win Tactical Combat Battles In We. The Revolution